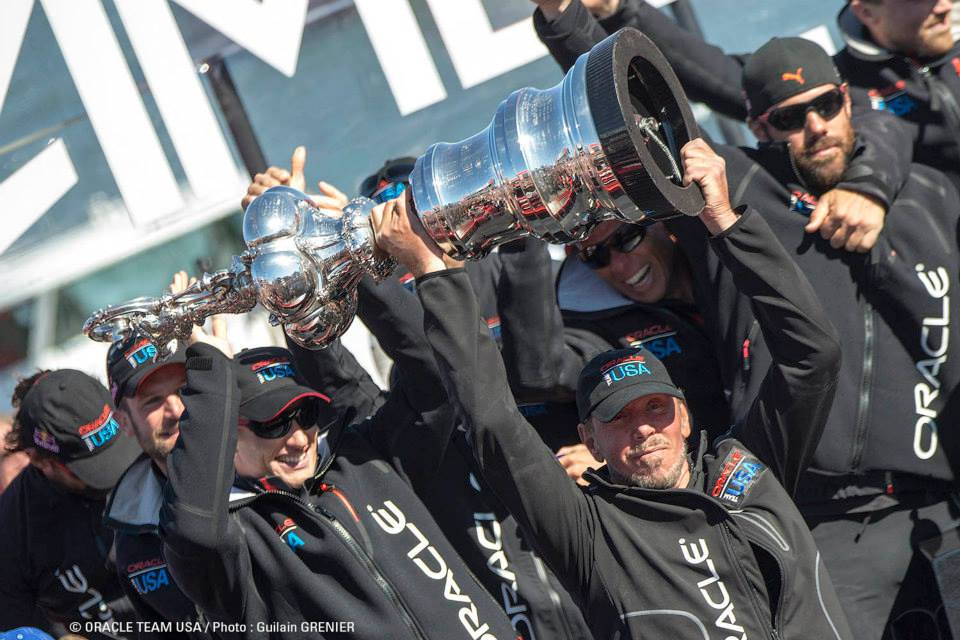 Oracle Team USA won the 34th. America’s Cup on Wednesday. Oracle Team USA and Challenger Emirates Team New Zealand (ENTZ) engaged in the longest America’s Cup battle in recent history, as both fought to be the first to reach 9 points. Once trailing ENTZ 8-1, Oracle Team USA battled back to tie the series 8-8, reeling off an unprecedented streak of 7 straight wins.

The second of his two keynotes was scheduled at the Oracle OpenWorld currently going on in San Francisco, California, but Oracle CEO Larry Ellison, missed his own speech to attend the race instead, taking place at the natural amphitheater of San Francisco Bay. You can see Mr. Ellison holding the coveted trophy in the image.

In the victory, skipper James Spithill (AUS) became the youngest skipper to ever win the America’s Cup. Born June 28, 1979; he was 30 years old at the time of victory. On Feb. 14, 2010, Oracle Team USA won the 33rd America’s Cup with a 2-0 triumph over Swiss defender Alinghi.