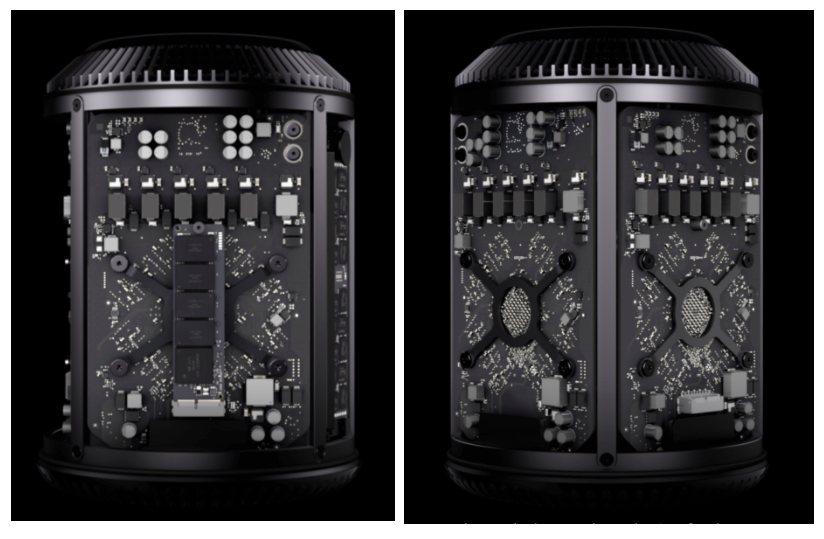 The future is here, and it is cylindrical. Apple showed off the company’s next generation Mac Pro desktop computers at the WWDC currently being held in San Francisco, California.

The new Mac Pro is architected around an unified thermal core that allows the desktop to share its thermal capacity across all the processors, and results in a design that is one-eighth the volume of the current Mac Pro.

The machines come with Intel Xeon E5 processors with up to 12 core configurations, and two AMD FirePro workstation-class GPUs. The Mac Pro is up to 2.5 times faster than the current Mac Pro and delivers up to 7 teraflops of compute power. The new Mac Pro also features PCIe-based flash storage that is up to 10 times faster than conventional desktop hard drives and includes the latest four-channel ECC DDR3 memory running at 1866 MHz to deliver up to 60GBps of memory bandwidth.

The Mac Pro machines also come with six Thunderbolt 2 ports, that can deliver up to 20Gbps of bandwidth to each external device, including 4K desktop displays. Each of the six Thunderbolt 2 ports supports up to six daisy-chained devices, giving users the ability to connect up to 36 high-performance peripherals.

The next generation Mac Pro will be available later this year.