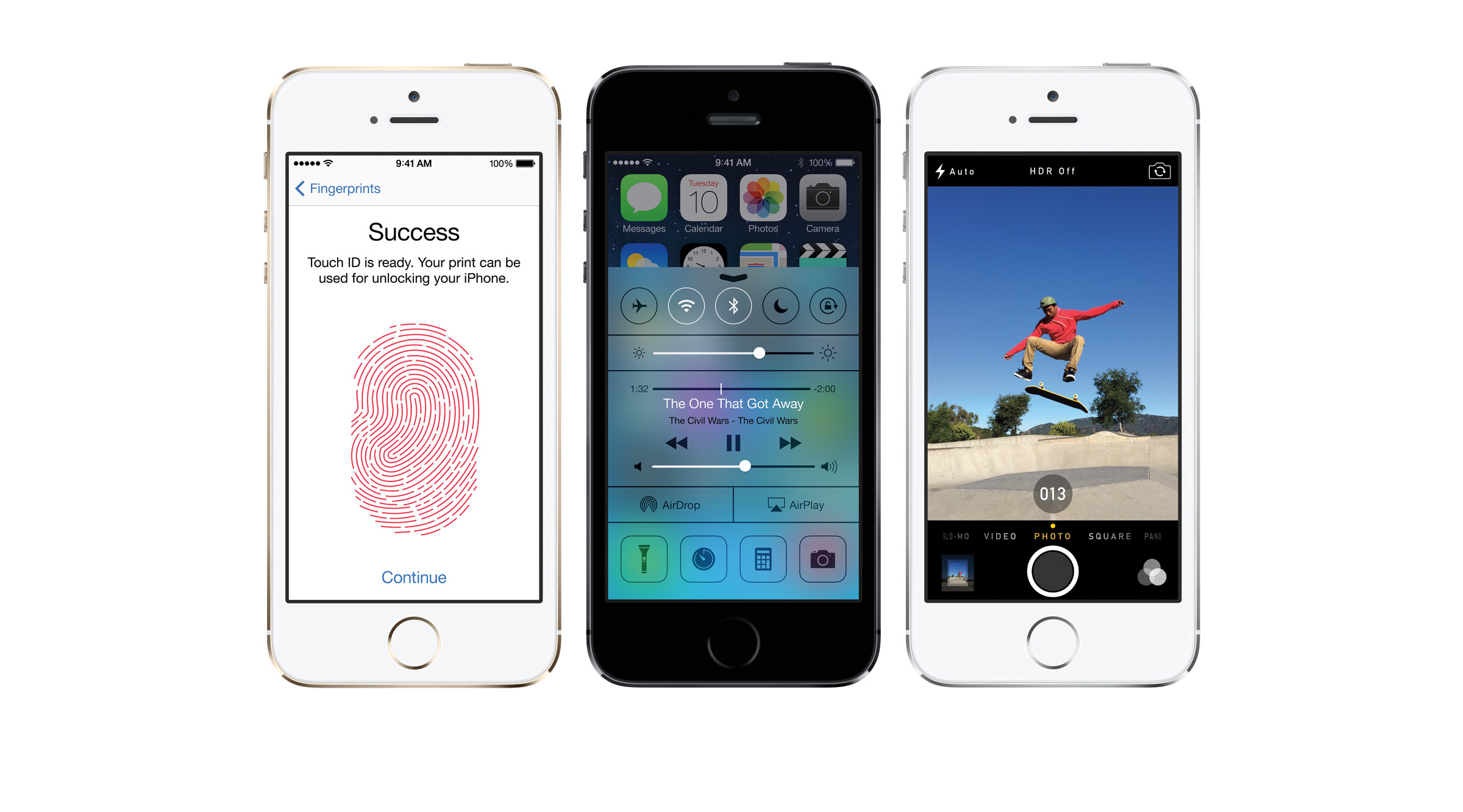 Apple launched the iPhone 5s at the company’s Cupertino headquarters on Tuesday. The iPhone 5s features a A7 chip, making it the world’s first smartphone with 64-bit desktop-class architecture. Other upgrades include a fingerprint scanner, and the new  8 megapixel iSight camera with True Tone flash.

Philip Schiller (Senior vice president,  Worldwide Marketing, Apple): Phone 5s is the most forward-thinking smartphone in the world, delivering desktop class architecture in the palm of your hand. iPhone 5s sets a new standard for smartphones.

Here are the things you want to know about the new phone:

You can unlock the phone or authenticate app store and iTunes purchases by scanning your finger. IPhone 5s introduces Touch ID, built into the home button. Touch ID uses a laser cut sapphire crystal, together with a capacitive touch sensor.

Fingerprint information is encrypted and stored in a secure enclave inside the A7 chip on the iPhone 5s (not on Apple servers,  and is not backed up to iCloud).

The A7 chip in iPhone 5s brings 64-bit desktop-class architecture to a smartphone for the first time. The A7 chip’s 64-bit architecture and support for OpenGL ES version 3.0. iPhone 5s delivers rich and complex visual effects, previously only possible on Macs, PCs and gaming consoles, according to the company.

The iPhone 5s features an anodized aluminum body with diamond cut chamfered edges, a 4-inch Retina display and glass inlays. The phone is available in metallic finishes including gold, silver and space gray.

With up to twice the CPU and graphics performance, the iPhone 5s, according to Apple is ‘the best mobile gaming device.

IPhone 5s introduces the new True Tone flash—the world’s first for any camera—that variably adjusts color and intensity for over 1,000 combinations, so photos taken with a flash appear more natural.

The 8 megapixel iSight camera features a larger f/2.2 aperture and a new, larger sensor with 1.5μ pixels for better sensitivity and low-light performance. This combined with the Apple-designed image signal processor in the A7 chip and the new Camera app in iOS 7, provide up to two-times faster auto-focus, faster photo capture, automatic image and video stabilization, and better dynamic range, according to the company.

IOS 7, the most significant iOS update since the original iPhone, says Apple. The mobile operating system has been engineered for 64-bit technology, and features ‘hundreds of great new features’, including Control Center, Notification Center, improved Multitasking, AirDrop, and iTunes Radio.

IPhone 5s supports up to 13 LTE wireless bands, more than any other smartphone in the world, and includes dual-band 802.11 a/b/g/n Wi-Fi support for up to 150 Mbps and Bluetooth 4.0. i

iPhone 5s cases will be available in beige, black, blue, brown, yellow and (RED) for $39.