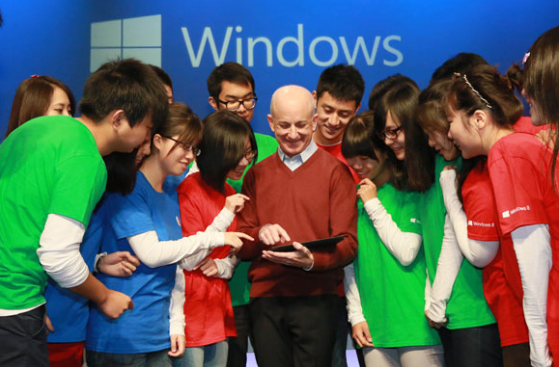 Microsoft has officially launched the next iteration of theWindows operating system, Windows 8. More than 1,000 certified PCs and tablets, including Microsoft Surface, is currently available with Windows 8. Windows 8 is also available for download to upgrade existing PCs in more than 140 markets and 37 languages.

Steve Ballmer (CEO, Microsoft): Windows 8 brings together the best of the PC and the tablet.

Windows 8 will be available in two primary versions — Windows 8 and Windows 8 Pro — as well as Windows 8 Enterprise for  organizations. A new member of the Windows family — Windows RT — designed for ARM-based tablets and available pre-installed on new devices was also launched at the same time. In addition to Microsoft Office 2013, Windows RT is designed exclusively for apps in the new Windows Store.