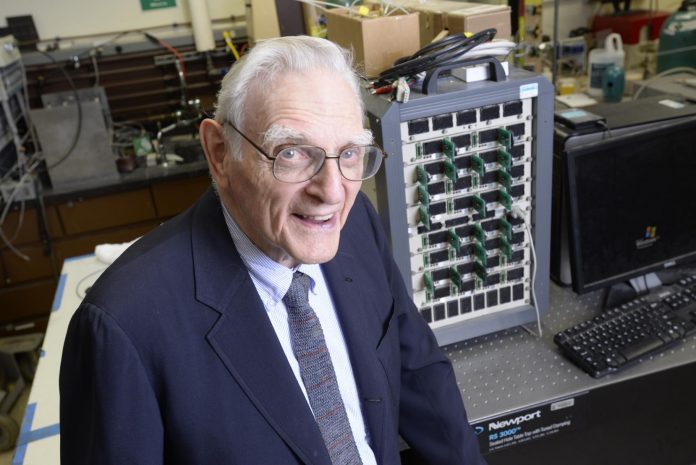 A team of engineers led by 94-year-old John Goodenough, professor in the Cockrell School of Engineering at The University of Texas at Austin and co-inventor of the lithium-ion battery, has developed all-solid-state battery cells that could lead to safer, faster-charging, longer-lasting rechargeable batteries for handheld mobile devices, electric cars and stationary energy storage, according to a statement from the university.

“Cost, safety, energy density, rates of charge and discharge and cycle life are critical for battery-driven cars to be more widely adopted. We believe our discovery solves many of the problems that are inherent in today’s batteries,” Mr. Goodenough said, speaking about the technology.

Mr. Goodenough and Ms. Braga are continuing to advance their battery-related research and are working on several patents. In the short term, they hope to work with battery makers to develop and test their new materials in electric vehicles and energy storage devices.

[Image courtesy: The University of Texas at Austin]