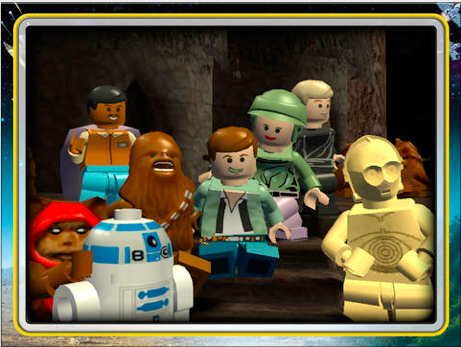 In the iOS game, players can experience the adventures of all six films and unlock up to 120 characters, including Luke Skywalker, Darth Vader, Yoda, Han Solo, and Obi-Wan Kenobi. They can either play as their favorite Jedi Knight or Sith Lord.