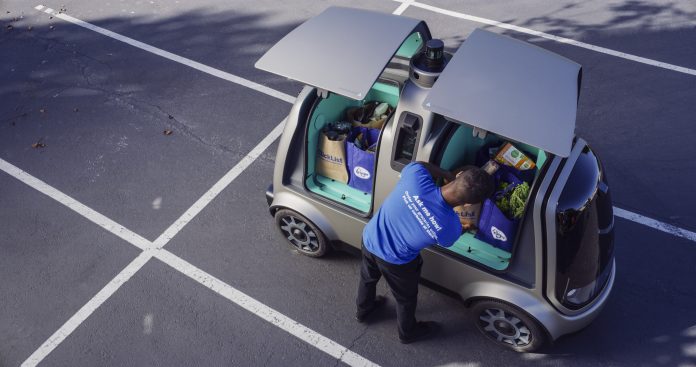 In a statement, the companies said they have operated a self-driving grocery delivery service in Scottsdale with an autonomous Prius fleet accompanied by vehicle operators, since August. The autonomous vehicles have completed nearly one thousand deliveries to the general public, say the companies.

With the launch, the fleet is expanding to include Nuro’s custom unmanned vehicle known as the R1. The R1 travels on public roads and has no driver, no passengers and only transports goods, according to the companies.

Grocery orders can be scheduled for same-day or next-day delivery by Nuro’s fleet of self-driving vehicles, including both the unmanned R1 as well as self-driving Prius vehicles, for a $5.95 flat fee, and no minimum order.