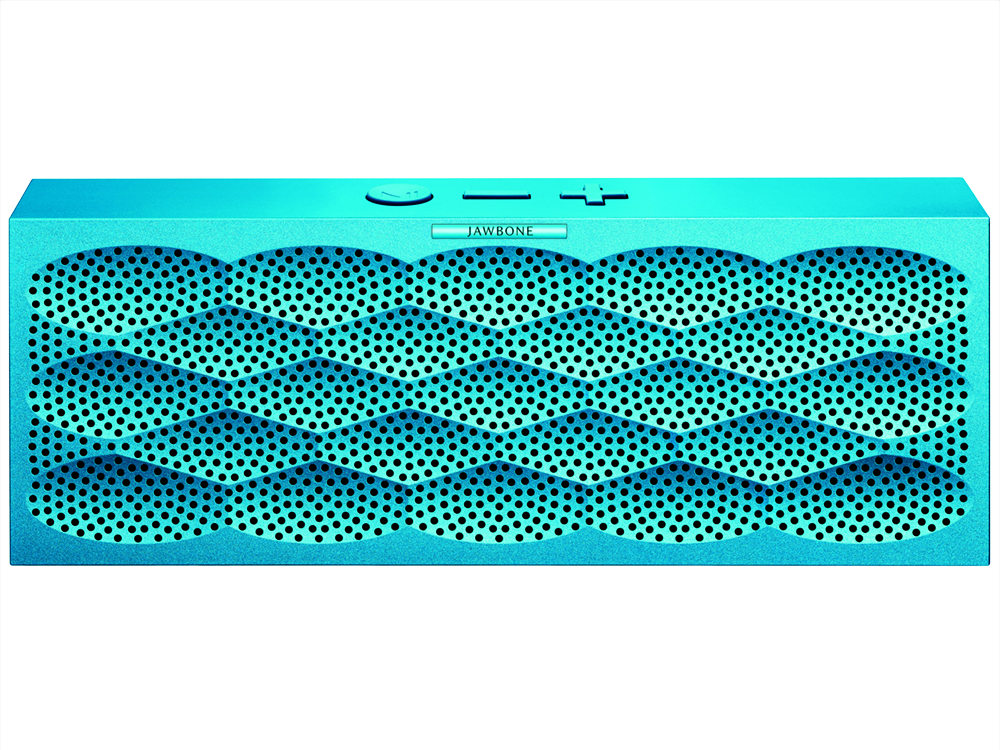 Jawbone has launched a 9-ounce Mini Jambox line of Bluetooth wireless audio speakers. The speakers are small enough to be ‘always with you’ says the company.

The Mini Jambox comes with a free Jawbone application for iOS and Android, that lets users customize the speakers and curate playlists from smartphones or mobile devices. The speakers are equipped with a Type-1 compliant speakerphone for conference calls, and can be updated with LiveAudio – Jawbone’s three-dimensional listening experience.

What is inside the Mini Jambox?

Mini Jambox is crafted from a single piece of extruded aluminum that makes up both the framework and the face of the speaker. Inside the aluminum encasement, a rigid, airtight enclosure creates an acoustic cavity for producing sound.

Inside its nine-ounce package, an airtight enclosure features two neodymium drivers and a passive bass radiator. A built-in, rechargeable lithium-ion battery delivers up to 10 hours of continuous playback and 75 hours of standby time on a single charge.

Jawbone first launched the Jambox series of speakers in 2010. Last year, the company launched the Big Jambox, which, as the name so subtly hints, was a bigger version of the Jambox speakers.