More
Home Industry Have You Met The New Digg? 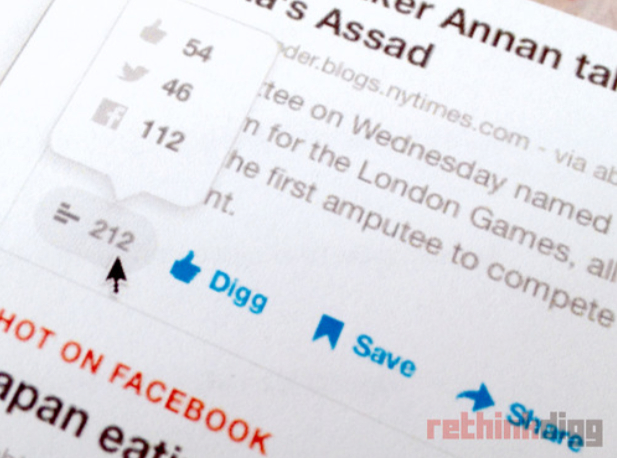 “The final version is close to complete, and when you visit Digg.com later this week, you’ll find a beautiful, image-friendly, and ad-free experience,” says a post on the corporate Digg block. When you visit Digg this week, you will still technically not get to see the final version, but Digg v1 or the first version. (Want to know more about software versioning? Here is a Wikipedia article on the subject you may find interesting).

So, what changes can you expect to see in Digg v1?

To begin with, Digg is doing away with “Newsrooms,” and killing the “Newsbar” (aka “Diggbar”). ‘Newswire’ goes back to its original name, ‘Upcoming.’ Digg v1 will pivot around three sections – Top Stories, Popular and Upcoming. At launch, v1 will not include a commenting system. There may be a commenting system coming up in the recent future.

Digg is a not-so-classic riches to rag story in the social media world. It was acquired last month for $500,000, quite a bargain basement price for a company that had raised $40 million in venture financing and was once valued north of $200 million. Its founder Kevin Rose was picked up by Google.