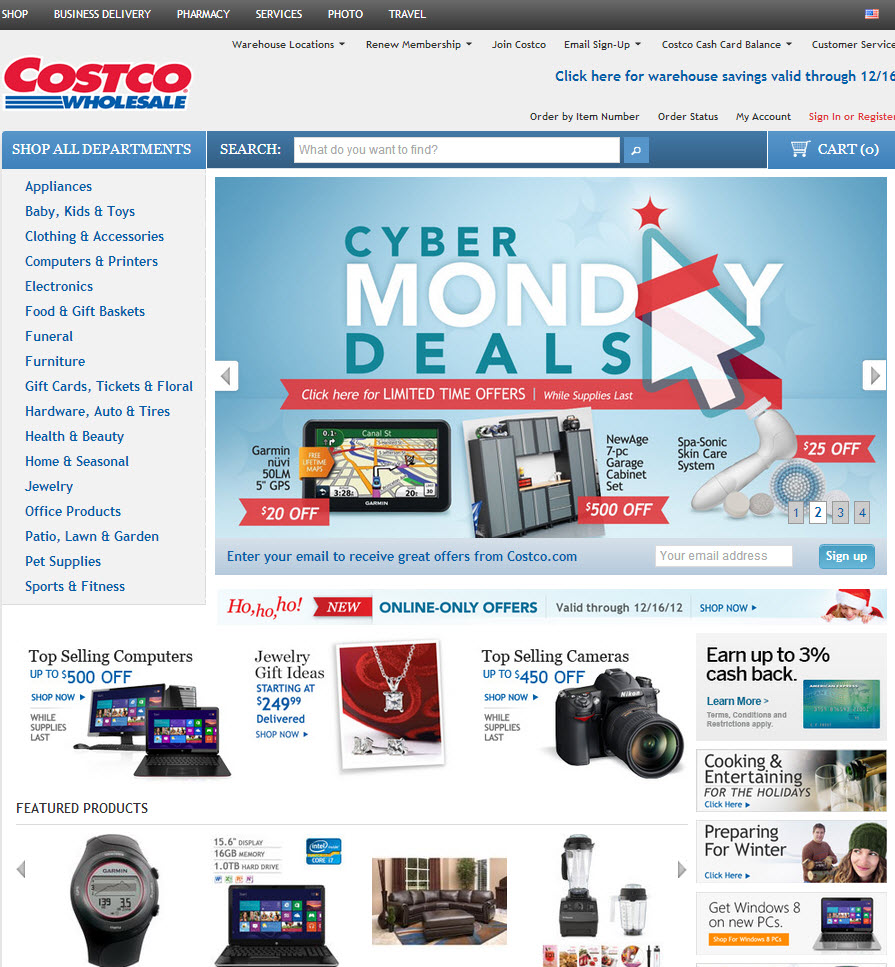 The study found that a majority of online U.S. adults are satisfied with the overall online shopping experience; all retailers tested receive a rating of a 5 through a 7 on a 7-point scale. Also, all tested brands show positive recommendation likelihood scores.

The study examined 14 key retailers, providing competitive insights for brands across a number of topics, including the selection of products, ease of shopping, perceived value and likelihood to recommend, along with overall satisfaction ratings.  The platform allows any retailer to field its own study for comparison, using the same questionnaire.

Among the other websites in the study, Costco Wholesale receives high marks when it came to mass merchandisers seen as offering a good value, Zappos and L.L. Bean share the top spot for selection of products in the clothing and apparel category, and online shoppers rate Kohl’s website highest for ease of shopping within the department category.

When asked which factor – value, selection or ease of shopping – is most important in determining return visits to an online retailer, the most-selected factor is good value for the money (33%), by a considerable margin over both ease of shopping (16%) and selection of products (10%), though the top response overall is not at all sure (41%).

Beyond Amazon, Costco is the second topmost ranked mass merchandiser for value, with Walmart and Target close behind. Kohl’s is the top-ranked department store for perceived value, and L.L. Bean and Zappos are the top-ranked clothing and apparel websites for the same.

Men and women agree on lingerie: On almost every measure for every retailer tested, positive ratings among women outpaced those of men.  However, positive ratings of Victoria’s Secret among men are roughly even with those of women for selection of products (75% men vs. 72% women) and likelihood to recommend to a friend or relative (73% men vs. 71% women).

How May I Help You?: Nordstrom, long known for its commitment to customer service and satisfaction, may have some ground to make up with online shoppers in the New Year, as it doesn’t rank in the top ten in terms of overall online customer satisfaction.  Specialty retailer L.L. Bean ranks seven spots higher  (in fourth place) than Nordstrom (which is eleventh) on the customer satisfaction list; other major retailers Kohl’s and JCPenney (tied for seventh spot) also outperform Nordstrom on this measure.

The Harris Poll study profiled shopper satisfaction with fourteen online retailers within the mass merchandiser, clothing & apparel, and department store categories.  Results were collected online with the Google Consumer Surveys approach from October 25, 2012through November 13, 2012 – with between 300 and 500 responses per question.  When possible, results were weighted by inferred gender, age and geography to make the sample as representative as possible of the U.S. Internet population.

You can access complete benchmark results of the study here.