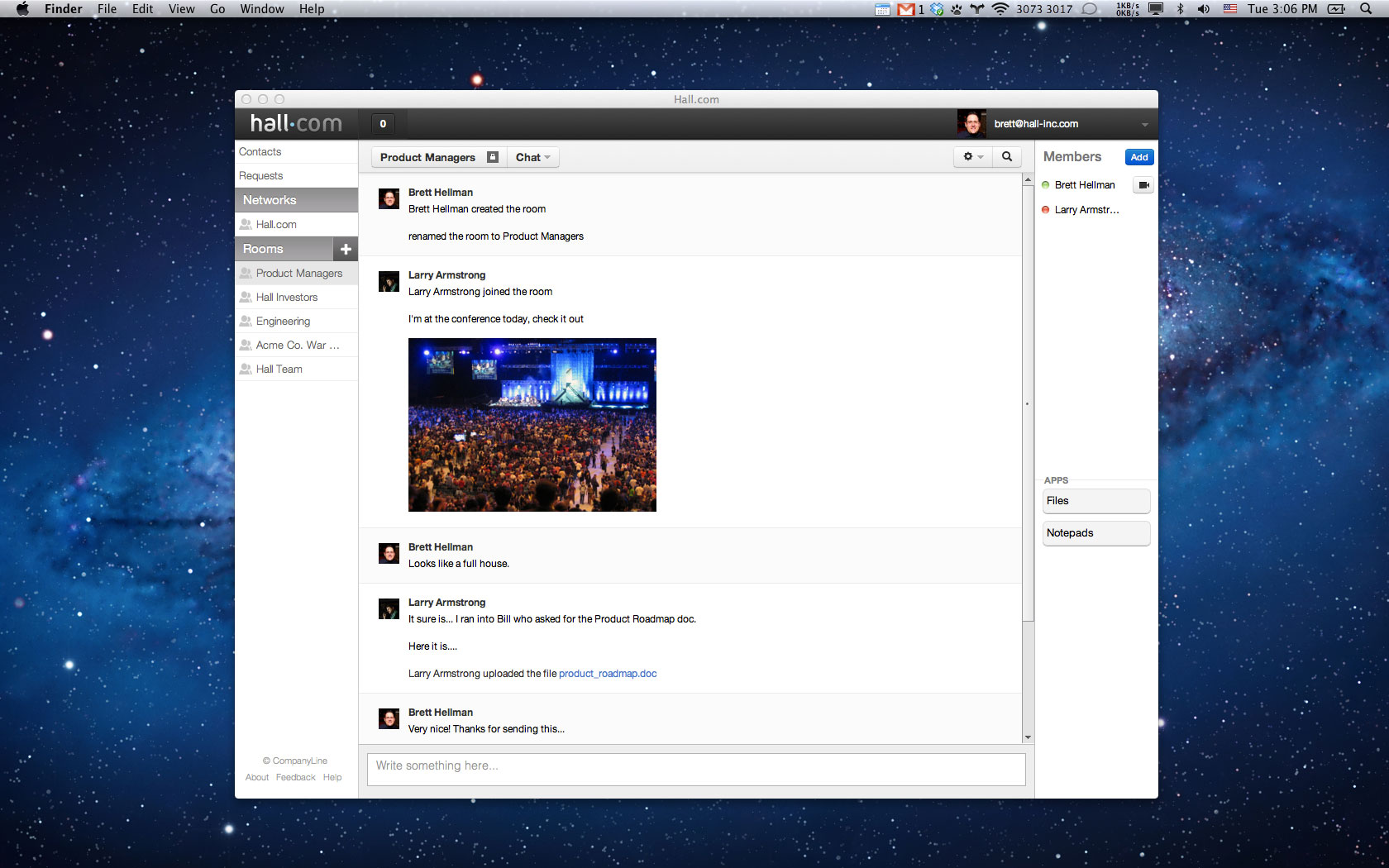 Hall, which provides a cross-platform, cross-device messaging service to businesses, has closed a series A funding round of $5.5 million led by new investors including Felicis Ventures, Signia Venture Partners and angel investor Eric Hahn. Existing investor Tim Connors of PivotNorth Capital also participated in the funding round.

Sundeep Peechu of Felicis Ventures will join Hall’s board alongside founder & CEO Brett Hellman and PivotNorth’s Tim Connors. Zaw Thet of Signia Venture Partners has also been elected to serve as a board observer.