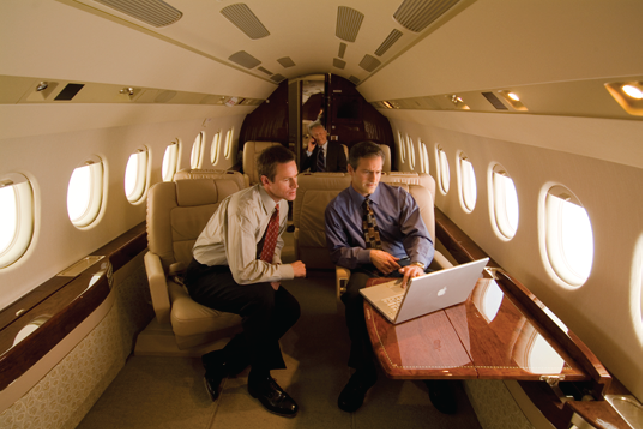 In-flight connectivity company Gogo says passengers can now text and talk while flying, using Gogo’s in-flight Wi-Fi system, using their own smartphones. To utilize Gogo Text & Talk, passengers will be required to download an app from the Apple App Store or Google Play.

Gogo’s Text & Talk application serves as an extension of a GSM or CDMA cellular network, without the need to install picocells, which is a small cellular station that is often installed on planes to deliver similar services. This enables any smart phone user to roam onto Gogo’s in-flight Wi-Fi system as if they were roaming onto a land-based cellular network, according to the company.

Ash ElDifrawi (Chief marketing officer, Gogo): While we see this as more of a text messaging product for commercial airlines in the United States, the phone functionality is something that some international air carriers and our business aviation customers are asking for.

Gogo has launched the service with its business aviation customers and says is in talks with commercial airline partners.