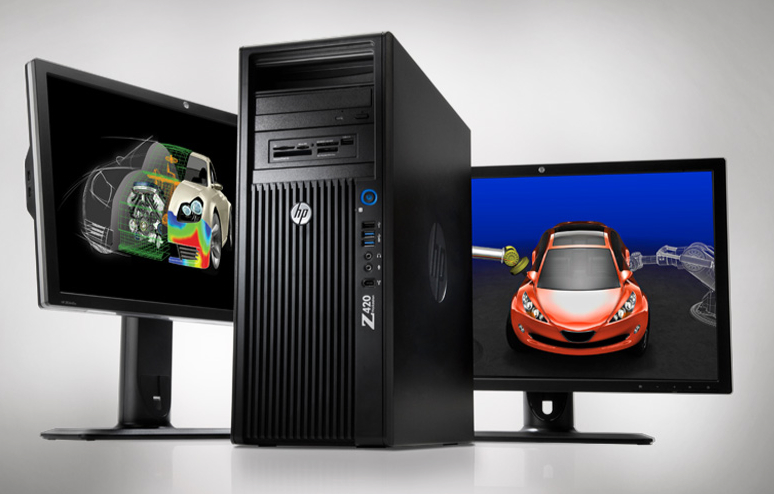 The worldwide PC market saw growth stall in the second quarter of 2012, with shipments falling 0.1% from a year ago, according to the IDC Worldwide Quarterly PC Tracker. The results are slightly below IDC’s May projections of 2.1% year-on-year growth, but in-line with projections of a slow second and third quarter before faster growth by year end.

Part of the reason for slow 2Q12 sales was disappointing sell-out of distribution channels during the first quarter, says IDC. This limited demand from channels that are wary of building inventory ahead of new product launches this fall. Moreover, consumers remained reluctant about purchasing PCs in this environment of tech transition and soft economics. Ultrabooks have not yet produced a significant rise in volumes – in part due to anticipation of improvements such as Windows 8, which is expected later this year, but also due to pricing. Constrained demand in Europe and the U.S. has also been felt in emerging markets for some time, but the second quarter brought another milestone of sorts as Asia/Pacific (excluding Japan) showed flat year-on-year growth; its worst performance in years.

“These latest results validate IDC’s expectation that the second quarter would be a transition period where both economic factors and anticipation for new products in the second half of the year would result in relatively low PC shipment growth,” said Jay Chou, senior research analyst, Worldwide PC Tracker. “The announcement of a Windows 8 launch date, as well as broader communication of new features in the OS, are key steps that would help to address uncertainty about new product availability and help consumers and channels plan their purchases.”

“The U.S. market suffered a double-digit contraction in the second quarter as market saturation and economic factors combine with anticipation of Windows 8 and other changes later in the year. In this context, consumers are delaying purchases, and vendors and retailers are slowing down their PC activities to clear existing inventories. The situation is exacerbated by consumer notebook saturation, a slowing replacement cycle in the commercial sector, and the big macro-economic and political events affecting confidence and spending,” said David Daoud, research director, Personal Computing at IDC. “We don’t expect PCs using Windows 8 to boost growth significantly until the fourth quarter, which leads to a conservative outlook for the third quarter.”

United States – The U.S. market fared worse than expected, shrinking by 10.6% compared to a forecast of -4.4%. Most vendors and their channel partners struggled with shrinking demand as a saturated market and lack of incentives are leading buyers to delay purchases of PCs for the time being. Among the top-tier leaders, only Lenovo managed to maintain positive momentum by growing its channel reach and being more aggressive against its well established competitors. However, at +6.1% year-on-year, even Lenovo’s growth decelerated abruptly from the double-digit growth rates of previous quarters, further reflecting slow market conditions in the U.S. Mid-tier vendors struggled even more as they typically rely on a fewer channels than their bigger competitors and therefore remain more sensitive to swings in demand. Bottom-tier vendors captured marginal demand in local communities and in regional markets; however, they too struggled with a difficult economic environment affecting local public sector entities and small businesses.

EMEA – EMEA maintained positive growth in line with expectations, driven by sell-in recovery in Western Europe and CEE in particular, and an easier year-on-year comparison. Growth in Western Europe remained modest, impacted by slow consumer demand and caution from the channel ahead of the Windows 8 transition, but returned to healthier levels. Strong demand supported an even faster recovery in the CEE region and propelled growth ahead of expectations, while the MEA region also maintained positive trends, albeit more modest.

Japan – Maintained positive growth in 2Q12 despite slowing from the first quarter. Commercial demand was reasonably solid despite the seasonal second quarter low and a smaller impact of recovery from last year’s quake damage.

Asia/Pacific (excluding Japan) – The region also saw growth drop slightly below zero, thereby removing a key driver of global growth. Slower shipments in China and India were major factors, but other key markets also were slightly below expectations. Lenovo once again outgrew the market, but it too saw a much slower pace of growth.

HP remained the top vendor but saw shipments decline significantly across regions. The vendor continues to face pressure from its reorganization efforts and slow market conditions in addition to managing channels as they adapt to market changes.

Lenovo remained in second place, but narrowed the gap between itself and HP considerably. While Lenovo continued to grow much faster than the market, it too experienced slower growth than in recent quarters.

Dell also faced a tough quarter, slipping below 10 million units a quarter for the first time since 2Q09. The vendor saw share declines across regions as it focuses on profitability and commercial sales.

Acer was able to stabilize shipments for another quarter – staying just ahead of the market. The company saw a recovery in Europe as it rebounded from inventory issues a year ago, but also felt the impact of slowing demand in other regions.

ASUS continued to gain ground at a rapid pace with strong growth across regions. The vendor has most of its volume in EMEA and Asia/Pacific, but is expanding channels and gaining share in other regions as well.