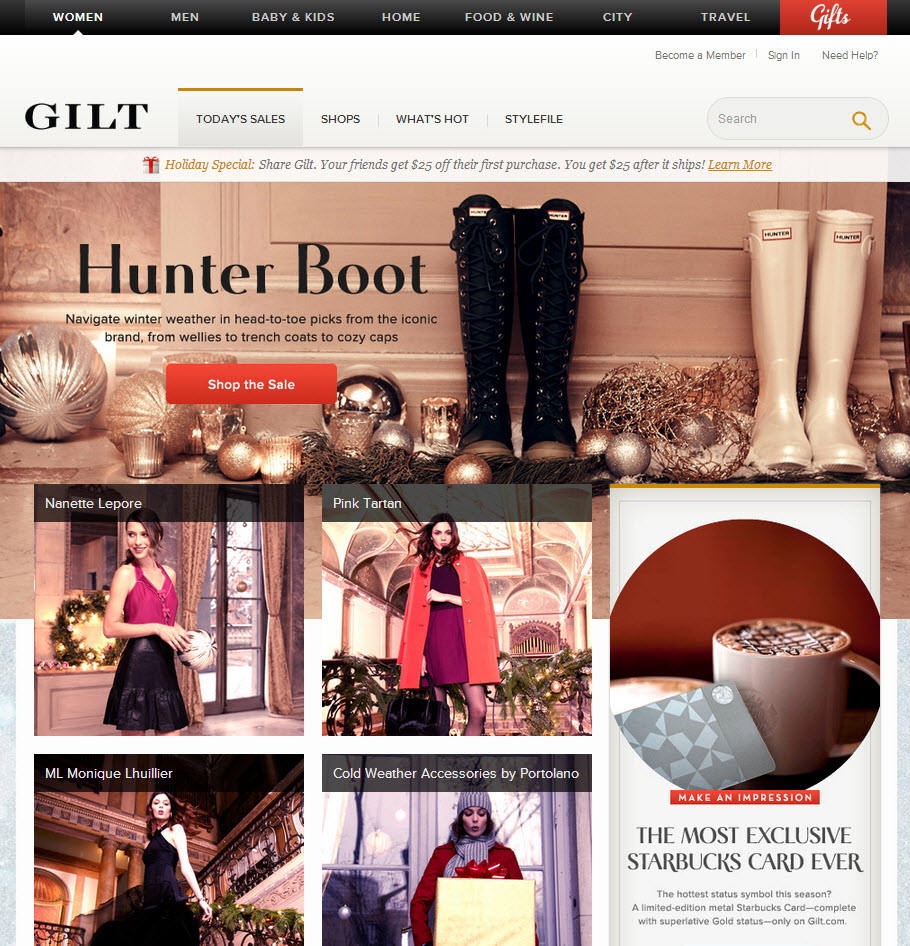 Online discounted designer shopping site  Gilt has appointed Michelle Peluso as Chief Executive Officer, effective the end of February 2013. Ms. Peluso is currently the Global Consumer Chief Marketing and Internet Officer at Citigroup and has served on the board of directors of Gilt since October 2009. Kevin Ryan, Gilt’s founder and current CEO will become chairman and Susan Lyne will become vice-chairman.

Ms. Peluso has been with Citigroup since 2009. Prior to that, she was the CEO of Travelocity from 2003 to 2009 after serving as the company’s COO and senior vice president of Product Strategy and Distribution. She received her master’s degree in economics, philosophy and politics from Pembroke College at Oxford University where she was a Thoroun Scholar, and her bachelor’s degree from the University of Pennsylvania’s Wharton School of Business.