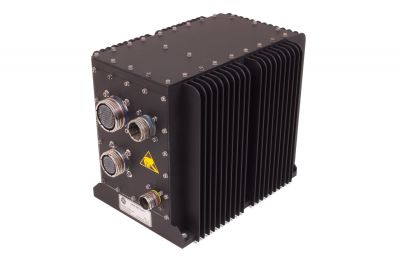 GE’s Intelligent Platforms business has received a $2.6 million order from BAE Systems for a quantity of its latest generation 3U VPX COTS Rugged Systems that deliver an advanced HPEC (High Performance Embedded Computing) capability. The COTS Rugged Systems will be deployed as part of the US Army’s CETU (Common Embedded Training Unit) which sees in-vehicle training and simulation incorporated into the Bradley Fighting Vehicle.

The GE Intelligent Platforms CRS-D5I-3VC1 Rugged COTS System on which the CETU product is based is a packaged, pre-validated 5-slot video processing, display and control computer system. It is designed for deployment in civilian and military unmanned vehicles, with typical applications including 360° situational awareness, embedded training, radar and sonar processing and hyper-spectral analysis. The system is housed in a rugged, 5-slot enclosure,and includes a GE 3U VPX single board computer featuring an Intel Core i7 processor and a rugged graphics board with an NVIDIA 384-core ‘Kepler GPU.