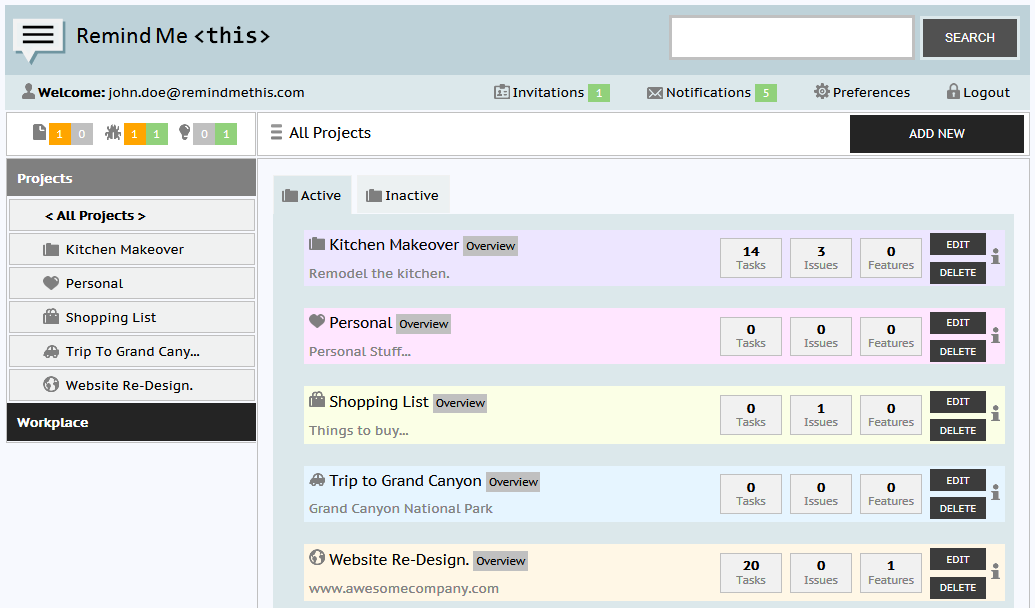 The story of Rutvik Dave and Setu Dave, a husband-wife team from India, who run a two-person cloud software company, marks the inaugural piece of the TechTaffy: Game Changers series, where we feature people you may have never heard of, but who are changing the rules of the technology game.

What is unique about the Dave duo is how they have tackled the challenge of funding, and how in between the two of them, they have managed to build a software product, launch it, sell it, provide the necessary tech support, continue with daily operations, and plan ahead for future feature enhancements, mostly by themselves. The calculated risks they took to quit both of their day jobs, and start their own outfit, also deserve kudos; for those of us living in the Valley, such stories may be run-of-the-mill, but startups like this are rare and few in India, where the technology innovation landscape is yet to mature, and IT means mostly IT services and outsourcing, or coding for clients.

The Daves have developed Remind Me This, an online collaboration and task management tool for small and medium businesses, that occupies the niche between feature-heavy project management software on the one end, and Getting-Things-Done or tasks-based reminders or lists on the other.  It took the duo around eight months to develop Remind Me This, from back-of-the envelope requirements gathering to finished product.

Days after it was launched, Remind Me This had over a thousand users, including a stock broker from Mexico, schools in the US, and a trucking firm in Philippines, among others.

We speak with Rutvik Dave, CEO of Centramation, the company behind Remind Me This:

How easy/hard was the decision to launch your own startup?

We knew we wanted our own startup while still in college, but did not know what we would build. Both my wife, who I met while in college, and I, knew one thing though; we needed money to fund our company, and money to keep us going before we started generating revenues.

If you look at India five years ago, there was no easy way to get funding back then. We came to the US, where salaries were higher, so that we could save up enough cash. After working for four years there, we felt we had enough savings to cushion us as we started off on our own.

It was not easy! Everybody wanted me to continue living in the US, and forget about my own startup. It was hard giving up the prospect of a steady, monthly paycheck.

I am very happy that my wife supported my decision to come back to India, when everybody else thought it was a bad idea. It gave me a great confidence boost.

While coming back, we brought with us the necessary hardware we would need. We also became part of the Microsoft BizSpark program, where we got access to free software and support.

BizSpark has been very helpful. At one point soon after our launch, we had 30,000 people visit the website in one week, and 300 simultaneous users at one point; it was fun, we managed to get load testing done inadvertently. Thanks to Azure, we did not have trouble scaling up.

Why Remind Me This?

We did not know what we would build, even when we had started saving for the startup; we had a vague feeling that it could be cloud-based. While working in the US, we found that a lot of companies used project-management software, but people were hardly using it everyday; only during the beginning would people faithfully follow the software.

Why was this? The software that was available had way too many features, and tended to overwhelm the people using it. There was also a learning curve involved. Users were not using tasks or reminders-based apps for their projects, because most tasks were not simple, and needed more than a finished check-box, like collaboration for example, or tracking.

We thought we would build a domain-independent application, that users could use to both track and collaborate on, things they needed to do or get done.

In between the two of you, you handle software design and development, graphics design, systems administration, content development, user interface design, and technical support for users, among other things, and thats just the technology side of the business. How do you decide who does what?

We have clearly defined our respective roles:

How much time did it take to develop Remind Me This?

It took us one month of planning and designing, five months of implementation and development, two months of testing and rolling out the application; a total of about eight months.

What are some of the technologies you are using to develop Remind Me This?

Remind Me This is developed using the Microsoft technology stack. For those of you who are developers, it’s ASP.Net MVC, C#, jQuery, HTML5 and SQL Server.

Remind Me This is hosted in the cloud on the Windows Azure platform. We are using Azure Virtual Machines, Azure Websites and Azure Cloud services for our front-end; for the back-end we are using SQL Azure and Azure BLOB Storage.

We are also a member of Microsoft’s BizSpark program.

You are a husband-wife team… What are some of the advantages/challenges of working together?

Well, I don’t have to explain those late nights because she is with me in the office… working. Hahaha! There are many advantage of having your spouse as a team mate. We keep extremely flexible schedules. We discuss new ideas and issues anytime. We have great tuning and understanding, because, after all, we are married, and spending the rest of our lives together. We try to settle our difference of opinion in the favor of both the sides, which has lead to some out-of-the-box solutions, for us.

There are some challenges also, especially since we are located in India. We find social events can be disruptive, as well as family responsibilities.

What is next for Remind Me This?

We have big plans for Remind Me This.  We have the following milestones for our road map ahead:

The company behind Remind Me This, Centramation Systems, will break even by the end of this year, the founders are confident. They have a thousand users, and the users keep coming back for more.