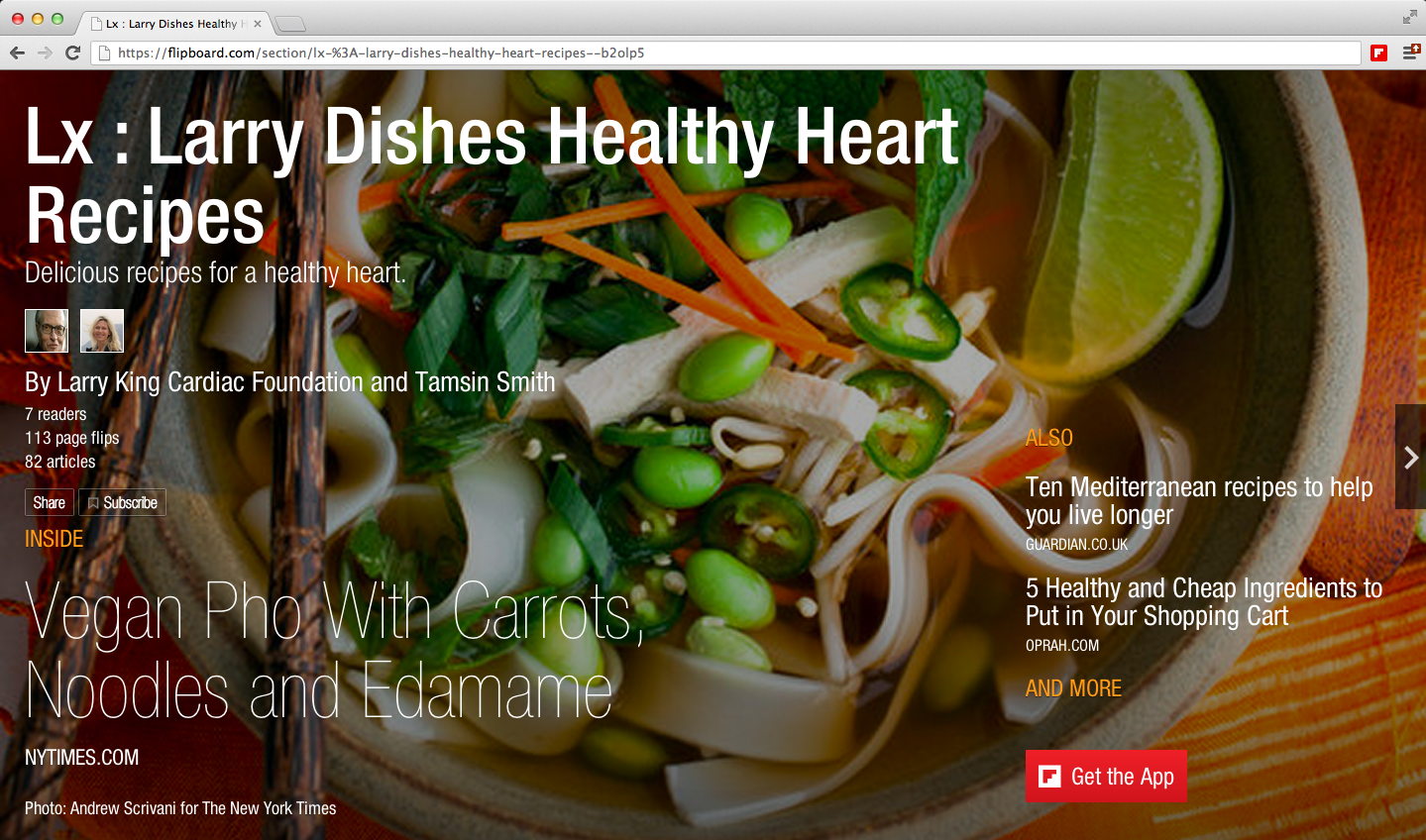 Social magazine app Flipboard has launched a Web version, enabling users to access curated content on their desktops. Users will also be able to view Flipboard content shared with them, even if they do not have a Flipboard account.

Flipboard magazines on the Web are supported in the latest versions of desktop browsers including IE9+, Safari, Chrome and Firefox in 11 languages, including English, Japanese, Chinese, French and German.

Flipboard, launched in May 2010 has over 75 million users currently. A revamped edition, that lets users create and share their own magazines, was launched in March this year.