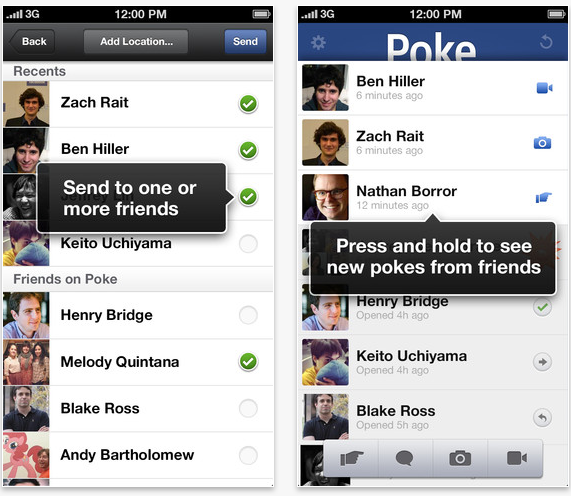 Facebook has launched Poke, an iPhone app for, you guessed it right, poking people. The social networking site has not announced any poking apps for Android users yet, but we will keep you posted on that!

With the Poke app, you can poke or send a message, photo, or video to Facebook friends. You can poke one friend or several friends at once. Each message expires after a specific time you’ve set, either 1, 3, 5 or 10 seconds. When time runs out, the message disappears from the app.

The poke feature has been a part of Facebook since 2004, this is the first time it will be available as a separate mobile app. Now go, poke some friends!