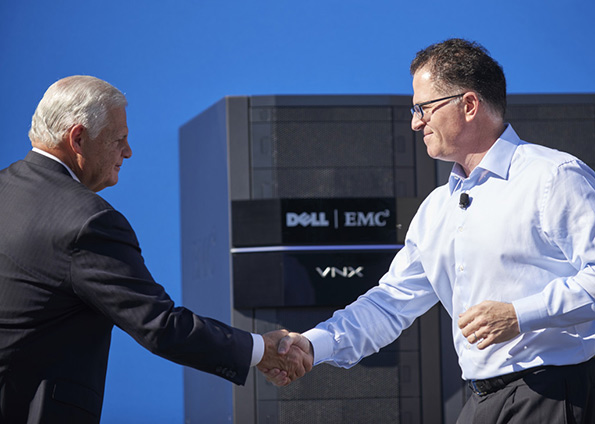 Based on a preliminary vote tally from the special meeting of shareholders held earlier on Tuesday, EMC shareholders approved the merger agreement among Denali Holding, Dell, Universal Acquisition, and EMC.

Approximately 98% of voting EMC shareholders cast their votes in favor of the merger, representing approximately 74% of EMC’s outstanding common stock as of the record date for the special shareholder meeting. The final results will be available later this week.

Dell and EMC will create a powerhouse in the technology industry

The transaction is expected to close on the original terms and within the originally announced timeframe, subject to regulatory approval from China and satisfaction of customary closing conditions.

Dell and EMC announced in October last year, they have signed a definitive agreement under which Dell, together with its owners, Michael Dell, founder, chairman and chief executive officer of Dell, MSD Partners and Silver Lake, will acquire EMC, while maintaining VMware as a publicly-traded company.

You can read more about the Dell-EMC merger here.