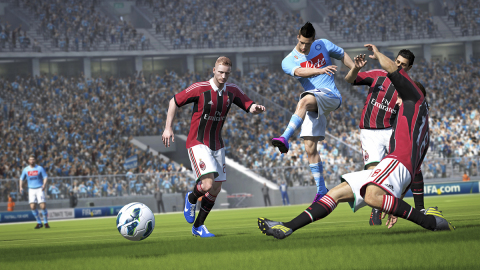 Under the terms of the agreement, EA Sports, a division of Electronic Arts, maintains exclusive rights to release FIFA-branded action and management videogames. In addition, EA Sports also holds exclusive rights to release the official FIFA World Cup  videogame, as well as retaining its status as a Presenting Partner of the FIFA Interactive World Cup.