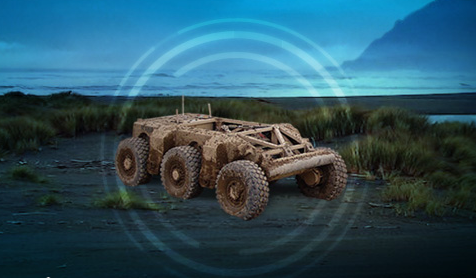 DreamHammer is launching Ballista, a drone control software. Ballista is an intelligent control platform that  integrates unrelated unmanned drones and robots from different manufacturers into one system.

Managing multiple drones is a challenge, due to the fact that each drone type has proprietary control systems. Ballista is built on an open software platform which allows for autonomous and simultaneous control of multiple unmanned vehicles across all domains – space, air, sea and land — and can be run from nearly any computer including a tablet or a phone.

Nelson Paez (CEO, DreamHammer): When applied to different industries — for example, transportation, logistics, agriculture, law enforcement, etc. Ballista can be used to link multiple drones into one master system, all controlled by one person.

A drone could be as simple as a farm tractor or as complicated as an autonomous unmanned aerial vehicle or a satellite. It can be anything with a computer interface that is leveraging intelligence, technology and diversified control, says DreamHammer.

The current pre-general release is available to key drone/robot manufacturers and developers.