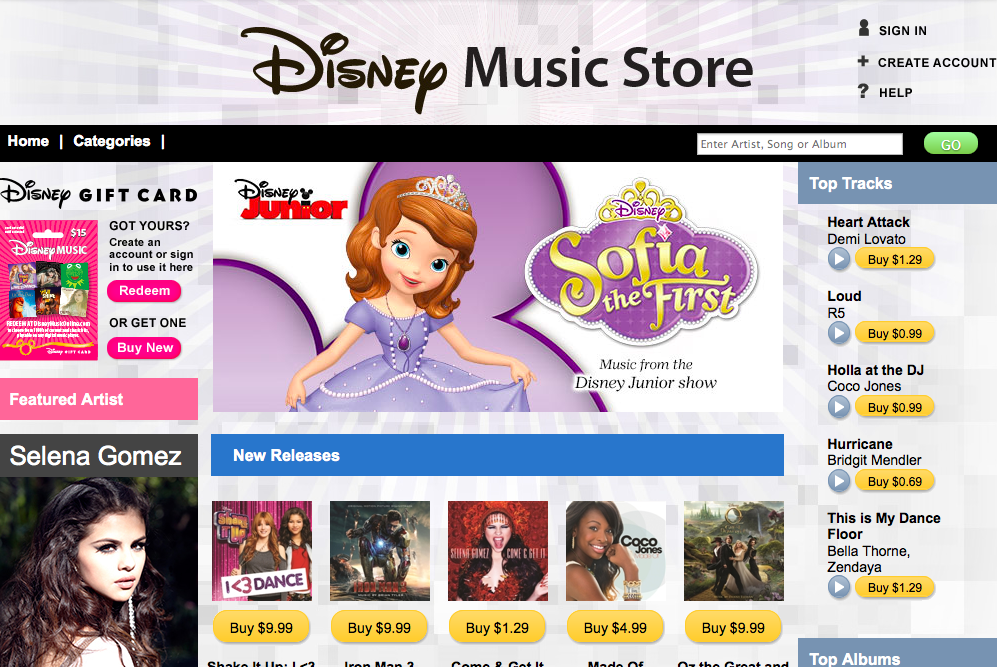 Disney has been working on the Disney music store from December last year, when the website/cards were first made public.