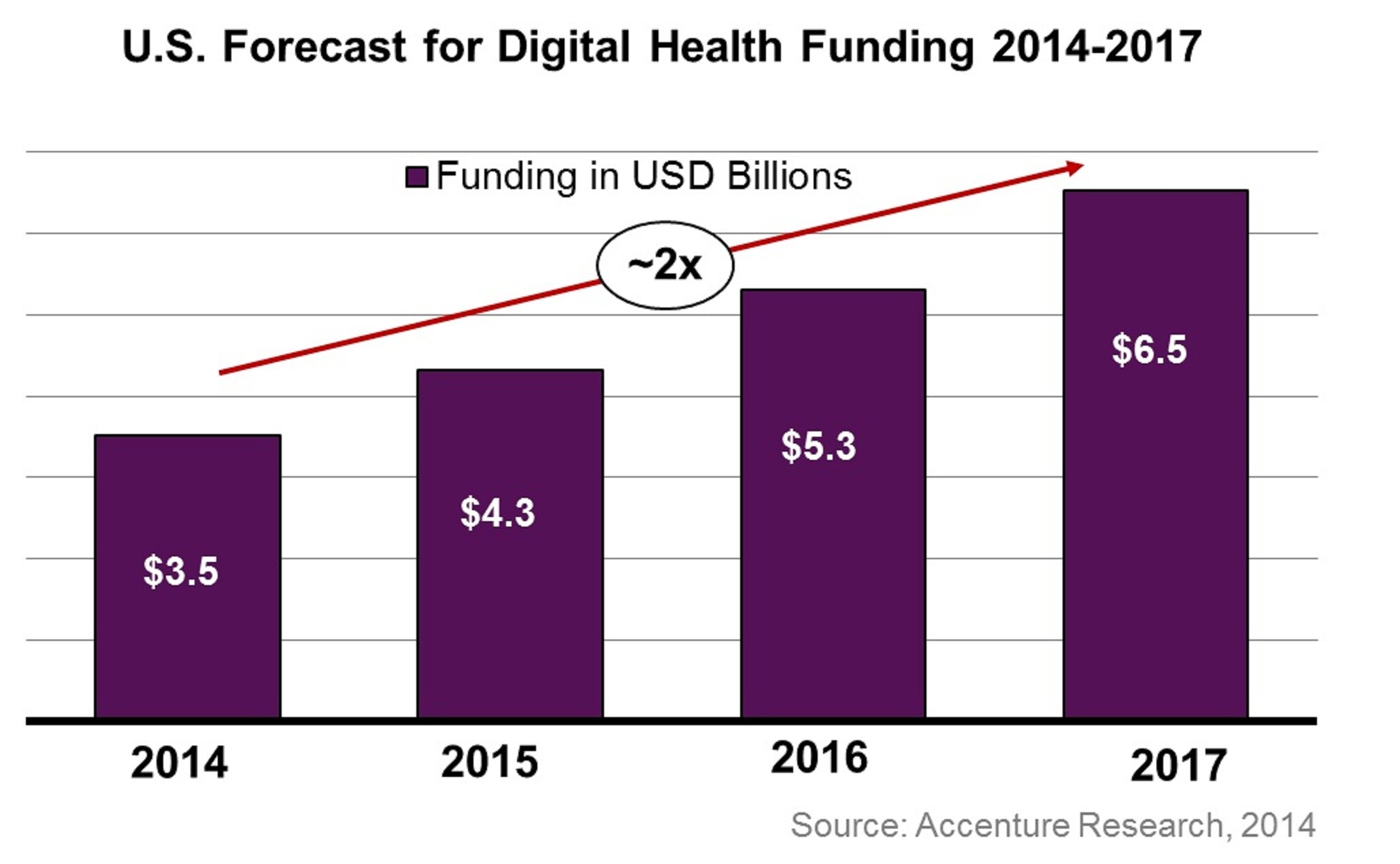 Driven by evolving consumer expectations, start-up funding for digital healthcare, such as tele-health or wearable technology, is expected to double in the United States over the next three years, growing from $3.5 billion in 2014 to $6.5 billion by the end of 2017, according to new research by Accenture.

Five key drivers are business opportunities and digital health start-up funding: healthcare system waste, the blending of physical objects with digital technology, industry newcomers, new investment models and social motivation. To varying degrees, these drivers will continue to fuel the acceleration of digital health funding, ultimately disrupting the industry, according to the study. Billions of dollars are being poured into healthcare companies that combine Social, Mobile, Analytics, Cloud and Sensor (SMACS) technologies, with leading companies aiming to link both products, such as “wearables,” and services, such as clinical advice lines.

The 2014 Accenture study projects U.S. funding for digital health start-ups. The forecast is based on market analysis, project experience, third-party analysis and data from 2,000 digital health start-ups receiving funding between 2008 and 2013. Pure-play medical devices, bio-tech, consulting/advisory firms and public companies were excluded from the research.