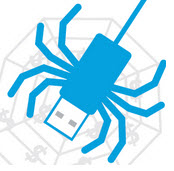 HP has unveiled new research indicating that the cost and frequency of cybercrime have both continued to rise for the third straight year.

According to the third annual study of U.S. companies, the occurrence of cyberattacks has more than doubled over a three-year period, while the financial impact has increased by nearly 40 percent.

The most costly cybercrimes continue to be those caused by malicious code, denial of service, stolen or hijacked devices, and malevolent insiders. When combined, these account for more than 78 percent of annual cybercrime costs per organization. Additional key findings include:

Cyberattacks can be costly if not resolved quickly. The average time to resolve a cyberattack is 24 days, but it can take up to 50 days according to this year’s study. The average cost incurred during this 24-day period was $591,780, representing a 42 percent increase over last year’s estimated average cost of $415,748 during an 18-day average resolution period.

Recovery and detection remain the most costly internal activities associated with cybercrime. On an annual basis, these activities account for almost half of the total internal cost, with operating expenses and labor representing the majority of the total.