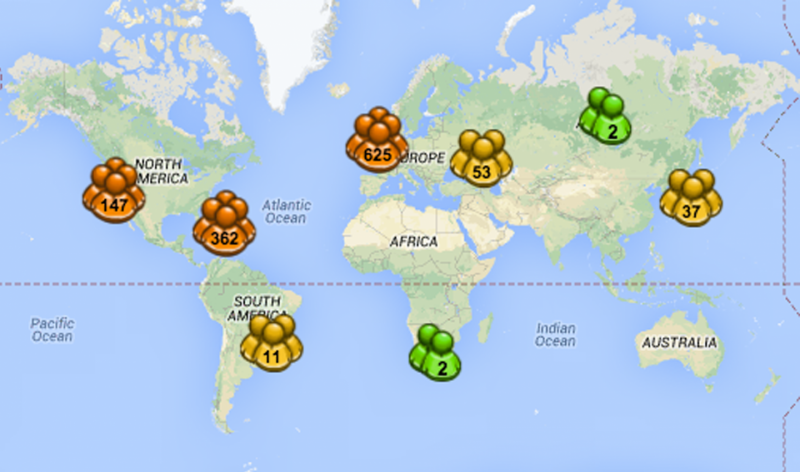 The crowd-sourced physics simulator at CERN, Test4Theory, has simulated its one trillionth (1012) particle collision. The crowd-sourcing platform launched two years ago, lets people volunteer spare power on their computers to run simulations of collisions in high-energy particle physics. The results are sent to MCPlots, a database of simulations that theorists at CERN use to check and refine their models.

Peter Skands (Physicist, CERN): It once took me a whole week to generate one billion simulations – and that was using 1000 computers in the cluster at Fermilab. Now we’ve got 1 trillion, which is crazy!

The computing power for Test4Theory currently corresponds to a farm of about 1000 computer CPU’s running continuously – distributed between about 3000-5000 people. On average there are about 2000 computers running at any given time.

Test4Theory is a descendant of the [email protected] project at CERN, which uses volunteer computing power to simulate the orbits of protons in LHC, but does not simulate collisions.

Here is the link to the project website, if you want to volunteer.