More
Home Industry Consumers would rather do dishes than shop in stores, finds Capgemini study 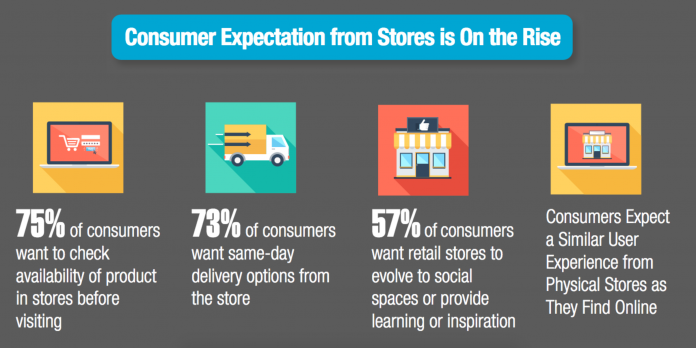 Consumers are growing frustrated with in-store shopping experience – with four in ten (40 percent) claiming shopping in-store is a chore, and a third (32 percent) saying they would rather be at home washing the dishes, according to a report by Capgemini.

The study of 6,000 consumers and 500 retail executives from nine countries (United States, China, Germany, France, United Kingdom, Italy, Spain, the Netherlands and Sweden) highlights a growing divide between retailers and consumers on the importance of physical stores: while 81 percent of retail executives see the store as important, less than half of consumers (45 percent) agree.

Shoppers are frustrated by in-person retail experiences that have not only failed to keep pace with developments in online shopping, but are also disconnected from online stores. Dissatisfaction is highest in Sweden and Spain (54 percent and 49 percent respectively say bricks-and-mortar shopping is a chore) and lowest in China and the U.S. (29 percent and 31 percent respectively), according to the study.

‘Offline’ stores frustrate shoppers
More than half (54 percent) of the retail executives surveyed admit that they have been slow to digitize their physical stores and consumers’ in-store frustrations are rooted in not having access to features now commonplace on online stores:

Consumers are exploring new purchase paths
Low in-store satisfaction is one of two significant challenges faced by traditional retailers uncovered by the survey. Consumers are also exploring new retail models that reduce their reliance on traditional retailers. More than half are open to buying directly from manufacturers in the future (57 percent) or buying from technology players such as Google, Apple and Facebook (59 percent) if they partnered with local retailers for last-mile delivery. Overall, 71 percent of consumers would consider bypassing traditional retailers, but this attitude is most prevalent in China, where well over three quarters (87 percent) of respondents would consider alternatives.

Redefining the role of the retail store
It’s not all doom and gloom for physical retailers. Consumers believe that stores still have a role in their lives – 70 percent still want to touch and feel products before they buy. However, they not only expect to see the same features that they find online implemented in-store, but also want more incentives:

A copy of the report can be downloaded here.