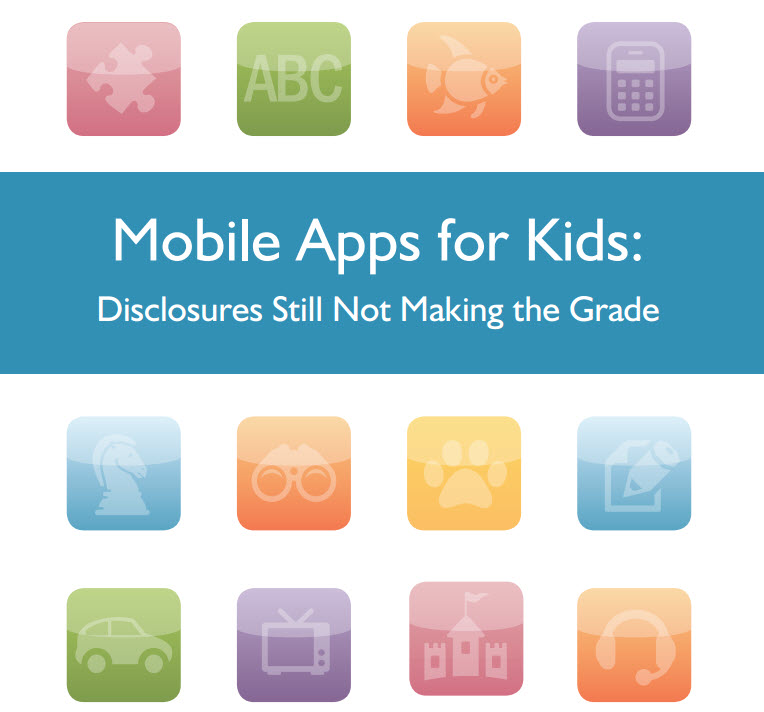 The Federal Trade Commission issued a new staff report, Mobile Apps for Kids: Disclosures Still Not Making the Grade, examining the privacy disclosures and practices of apps offered for children in the Google Play and Apple App stores. The report details the results of the FTC’s second survey of kids’ mobile apps.

Following the survey, FTC is launching non-public investigations to determine whether certain entities in the mobile app marketplace are violating the Children’s Online Privacy Protection Act, or engaging in unfair or deceptive practices in violation of the Federal Trade Commission Act.

Jon Leibowitz  (Chairman, FTC ): All of the companies in the mobile app space, especially the gatekeepers of the app stores, need to do a better job.

Since FTC’s first survey of kids’ mobile apps in 2011, staff found little progress toward giving parents the information they need to determine what data is being collected from their children, how it is being shared, or who will have access to it. The report also finds that many of the apps surveyed included interactive features, such as connecting to social media, and sent information from the mobile device to ad networks, analytics companies, or other third parties, without disclosing these practices to parents.

“While we think most companies have the best intentions when it comes protecting kids’ privacy, we haven’t seen any progress when it comes to making sure parents have the information they need to make informed choices about apps for their kids. In fact, our study shows that kids’ apps siphon an alarming amount of information from mobile devices without disclosing this fact to parents,” said FTC chairman Jon Leibowitz.

FTC examined hundreds of apps for children and looked at disclosures and links on each app’s promotion page in the app store, on the app developer’s website, and within the app. According to the report, “most apps failed to provide any information about the data collected through the app, let alone the type of data collected, the purpose of the collection, and who would obtain access to the data. Even more troubling, the results showed that many of the apps shared certain information with third parties – such as device ID, geolocation, or phone number – without disclosing that fact to parents. Further, a number of apps contained interactive features – such as advertising, the ability to make in-app purchases, and links to social media – without disclosing these features to parents prior to download.

The survey found that:

The report strongly urges all entities in the mobile app industry – including app stores, app developers, and third parties providing services within the apps – to accelerate efforts to ensure that parents have the key information they need to make decisions about the apps they download for their children.

The report also urges industry to implement recommendations in the FTC privacy report including: