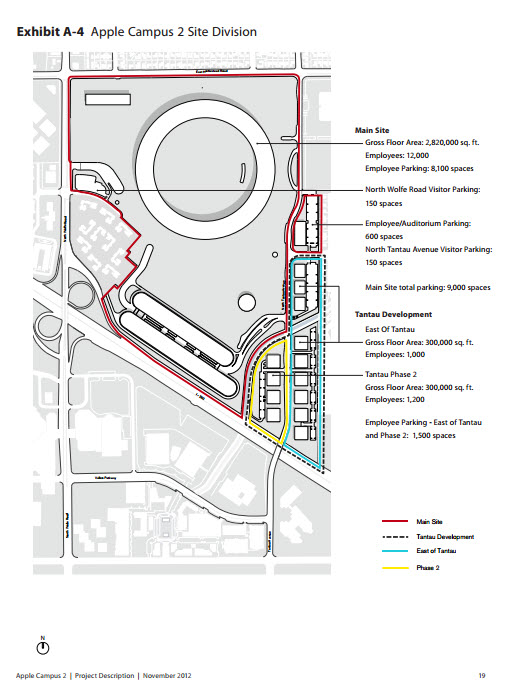 Apple has submitted revised plans for the Apple Campus 2 project to the city of Cupertino. The project replaces what the company calls “current disjointed assemblage of aging corporate facilities”, with a single high performance office, research and development building, with supporting facilities. Architectural firm Foster + Partners, headed by Norman Foster, have been hired as architects for the project.

Apple Campus 2 is expected to bring together some 14,200 Apple employees in one location. The company has plans to redevelop the entire 176-acre site, and  will continue to occupy the existing Infinite Loop Campus, as well as other buildings within Cupertino.

Lets take a quick look at what Apple plans to do:

It will still be at least a couple of years before the company can move to the new campus, more likely around 2016. The City of Cupertino has to complete its environmental impact study first. The draft Environmental Impact Report is anticipated to be available for public review in Spring 2013, following which there will be public hearings at the Planning Commission and City Council.

Apple had first submitted the proposal for a new campus in August 2011.  The proposal had come from none other than Steve Jobs himself. The land the new campus will stand on, originally belonged to HP, and was purchased by the company around the same time Steve Jobs had landed himself a job there. Apple purchased the land from HP when it came up for sale.