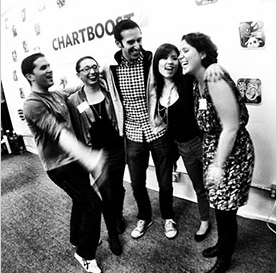 Chartboost has raised a $19 million Series B funding round. The investment was led by Sequoia Capital, and included participation from existing investors TransLink Capital and SK Telecom Ventures.

Chartboost is based in San Francisco, and was founded in 2011. The company says it powers over 12,000 games, reaches over 300 million unique monthly devices, and drives over six billion game sessions per month.