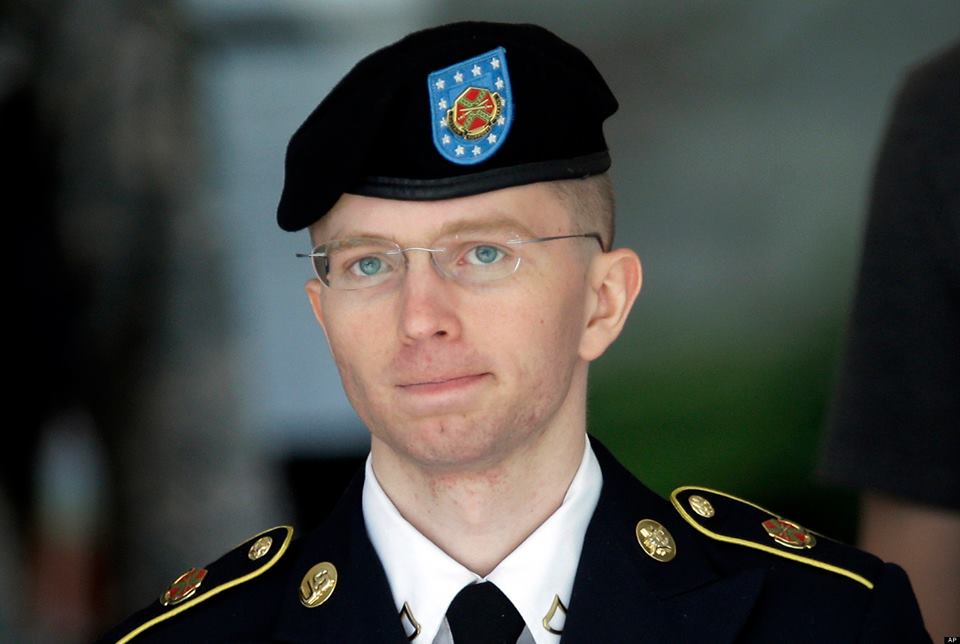 Bradley Manning was sentenced to 35 years in prison for leaking classified documents by a military judge, on Wednesday.

Mr. Manning’s lawyer read out a statement written by him, that will be delivered to President Obama, requesting a presidential pardon.

Here is the transcript:

The decisions that I made in 2010 were made out of a concern for my country and the world that we live in. Since the tragic events of 9/11, our country has been at war. We’ve been at war with an enemy that chooses not to meet us on any traditional battlefield, and due to this fact we’ve had to alter our methods of combating the risks posed to us and our way of life.

I initially agreed with these methods and chose to volunteer to help defend my country. It was not until I was in Iraq and reading secret military reports on a daily basis that I started to question the morality of what we were doing. It was at this time I realized that (in) our efforts to meet the risk posed to us by the enemy, we have forgotten our humanity. We consciously elected to devalue human life both in Iraq and Afghanistan. When we engaged those that we perceived were the enemy, we sometimes killed innocent civilians. Whenever we killed innocent civilians, instead of accepting responsibility for our conduct, we elected to hide behind the veil of national security and classified information in order to avoid any public accountability.

In our zeal to kill the enemy, we internally debated the definition of torture. We held individuals at Guantanamo for years without due process. We inexplicably turned a blind eye to torture and executions by the Iraqi government. And we stomached countless other acts in the name of our war on terror.

Patriotism is often the cry extolled when morally questionable acts are advocated by those in power. When these cries of patriotism drown out any logically based dissension, it is usually the American soldier that is given the order to carry out some ill-conceived mission.

Our nation has had similar dark moments for the virtues of democracy — the Trail of Tears, the Dred Scott decision, McCarthyism, and the Japanese-American internment camps — to mention a few. I am confident that many of the actions since 9/11 will one day be viewed in a similar light. As the late Howard Zinn once said, “There is not a flag large enough to cover the shame of killing innocent people.”

I understand that my actions violated the law; I regret if my actions hurt anyone or harmed the United States. It was never my intent to hurt anyone. I only wanted to help people. When I chose to disclose classified information, I did so out of a love for my country and a sense of duty to others.

If you deny my request for a pardon, I will serve my time knowing that sometimes you have to pay a heavy price to live in a free society. I will gladly pay that price if it means we could have a country that is truly conceived in liberty and dedicated to the proposition that all women and men are created equal.

You can find the court documents at the Press Freedom Foundation website here.

Mr. Manning has been nominated for the Nobel Peace Prize three years in a row. The defense is applying for a Presidential Pardon, and the case will be brought to the Army Court of Criminal Appeals, as well, to address what the defense says were ‘several deprivations’ of his due process rights.

Amnesty International issued a statement calling on President Obama to commute the sentence to time served, saying “Bradley Manning should be shown clemency in recognition of his motives for acting as he did, the treatment he endured in his early pre-trial detention, and the due process shortcomings during his trial.”