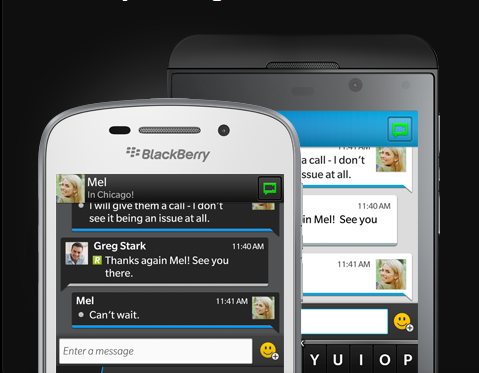 BlackBerry will begin rolling out BlackBerry Messenger (BBM) for Android and iPhone users, this Saturday, September 21. BBM will be available as a free download in Google Play  and the App Store, says the company.

Like with BLackBerry devices, BBM for iOS/Android will also use a PIN, so users don’t have to give out their phone number or email address. BBM will also be always on, and users will always stay connected. BBM conversations will continue to travel over a private BlackBerry network.

Andrew Bocking (Executive vice president, BBM BlackBerry): With more than a billion Android, iOS, and BlackBerry smartphones in the market, and no dominant mobile messaging platform, this is absolutely the right time to bring BBM to Android and iPhone customers.

With BBM you can share files on your phone such as photos and voice notes, all in an instant, as well as conduct multi-person chats, with up to 30 friends. with Broadcast Message, users can send a message out to all BBM contacts at once.

BlackBerry is also planning to launch BlackBerry Channels, subscribing to which will let users join conversations with people who share similar interests.

BBM Video calling and BBM Voice calling are planned for availability for Android and iPhone in a future version, says the company.