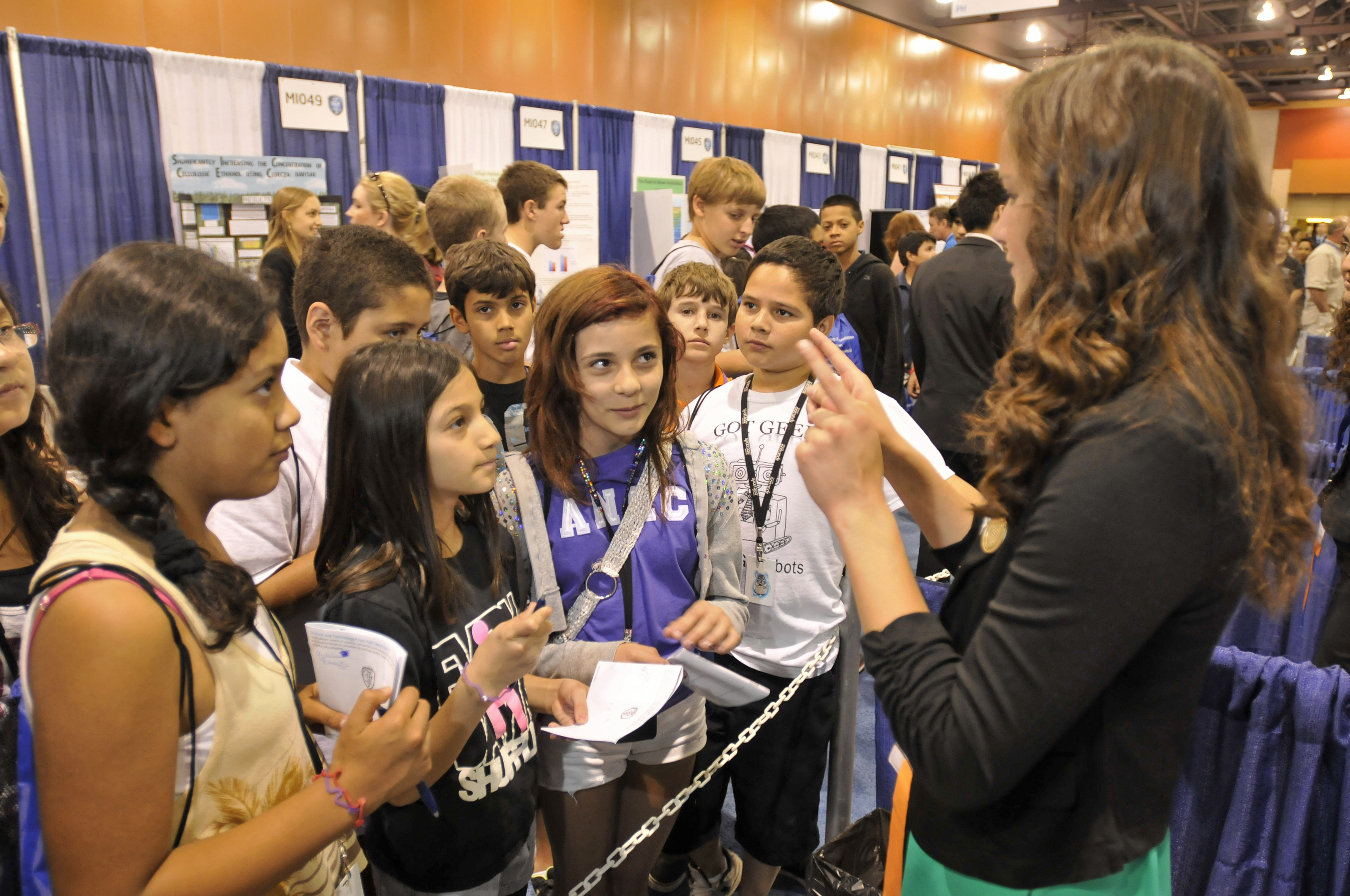 Ionut Budisteanu, 19, of Romania was awarded first place for using artificial intelligence to create a viable model for a low-cost, self-driving car at this year’s Intel International Science and Engineering Fair, a program of Society for Science & the Public.

With 3-D radar and mounted cameras, Mr. Budisteanu created a feasible design for an autonomously controlled car that could detect traffic lanes and curbs, along with the real-time position of the car – and it would only cost $4,000. He received the Gordon E. Moore Award of $75,000, named in honor of the Intel co-founder and fellow scientist.

Henry Lin, 17, of Shreveport, La. also received the Intel Foundation Young Scientist Award of $50,000. By simulating thousands of clusters of galaxies, Mr. Lin has provided scientists with valuable new data, allowing them to better understand the mysteries of astrophysics: dark matter, dark energy and the balance of heating and cooling in the universe’s most massive objects.

This year, approximately 1,600 young scientists were chosen to compete in the Intel International Science and Engineering Fair. They were selected from 433 affiliate fairs in more than 70 countries, regions and territories.

In addition to the winners, over 500 finalists received awards and prizes for their research. You can find the full list of finalists here. The Intel Foundation also awarded a $1,000 grant to each winner’s school and to the affiliated fair they represent.

Society for Science & the Public, a nonprofit membership organization dedicated to public engagement in scientific research and education, has owned and administered the International Science and Engineering Fair since its inception in 1950.

This is the first year that all Intel International Science and Engineering Fair finalists will receive digital badges recognizing and rewarding their achievements in independent scientific and engineering research.

The Intel International Science and Engineering Fair 2013 is funded jointly by Intel and the Intel Foundation with additional awards and support from corporate, academic, governmental and science-focused organizations. This year, more than $4 million was awarded.