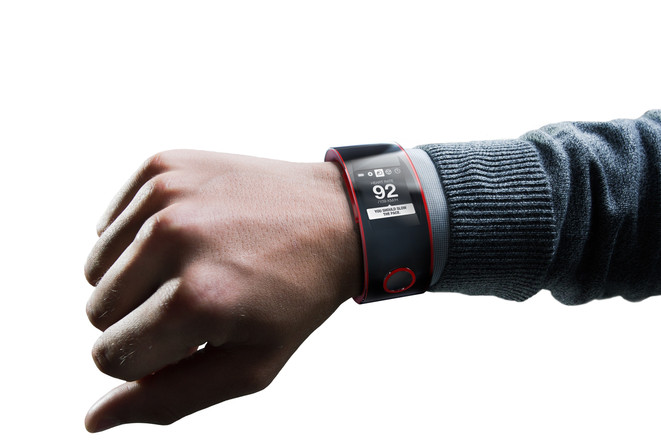 Automaker Nissan joins the smartwatch fray with the Nissan Nismo smartwatch, designed specifically for drivers of Nissan Nismo cars. The Nismo watch sends vehicular data to the driver, and also captures biometric data via a heart rate monitor, among other things.

The Nismo watch connects to the car using a smartphone app, via Bluetooth LE. It allows drivers a glance of average speed and fuel consumption readings, and lets them access vehicle telematics and performance data while on track.

The Nismo watch user interface is controlled by two buttons, and is secured onto the driver’s wrist via a snap-fit mechanism. The device uses a lithium battery and can be charged by micro-USB, with a battery life of over seven days. The Nismco watch will be available in three colors – black, white, and black and red.

Nissan says the company is working on three key technologies for future development. These include ECG (Electrocardiogram), to measure the intervals of the R-R rhythm of the heart and identify early fatigue, EEG (Electroencephalogram), brainwave to monitor the drivers’ levels of concentration and emotions, and skin temperature to record core body temperature and hydration levels.

The watch, unveiled at the Frankfurt Motor Show on Monday, is Nissan’s first step into wearable technology.