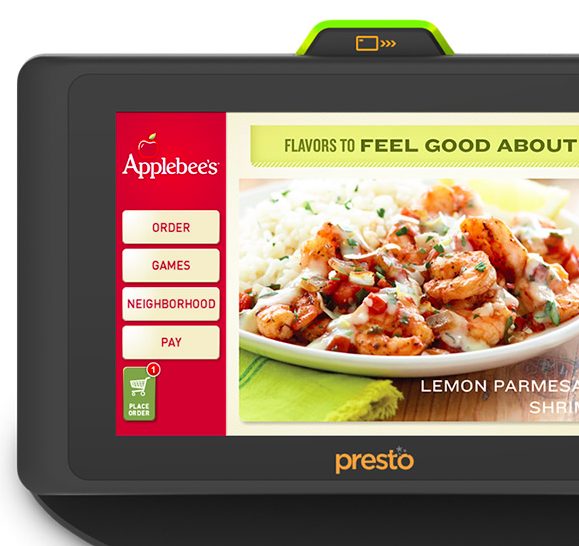 Applebee’s is deploying 100,000 tablets on every table and multiple bar positions at more than 1,800 restaurants in the United States by the end of next year. The tablets are Intel-based Presto devices, manufactured by E la Carte, a company founded by a group of MIT engineers in 2009, and backed by Intel Capital.

Initially, the tablets will provide guests the ability to pay at their table, add additional drinks, desserts and other menu items to their order and offer a selection of games. During the next 18 months, enhanced functionality, such as video streaming, music, additional games, social media interaction with Applebee’s active Facebook community and personal pages, sharing, gift card sales and more, will be added, says Applebee’s.

DineEquity, franchisor of Applebee’s and IHOP restaurants have scheduled for a 2014 installation throughout the Applebee’s system. The tablets, which enable guests to add to their orders, pay and play games from their seats, will also be considered for introduction at IHOP locations.