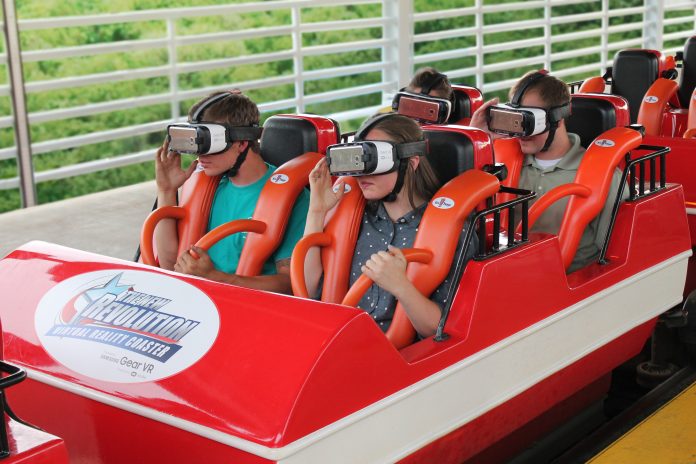 Six Flags St. Louis, in partnership with Samsung Electronics America, is opening its first virtual reality roller coaster on May 29.

Riders on the coasters will be wearing Samsung Gear VR powered by Oculus headsets, and find themselves in the copilot seat of a fighter jet as they take on aliens. The 360°, fully-immersive virtual battle takes guests flying through 2,430 feet of track at up to 65 mph, according to a statement released by Six Flags. Sensors and proxies along the coaster track sync the movement of the coaster to the video riders are watching on their VR headsets.