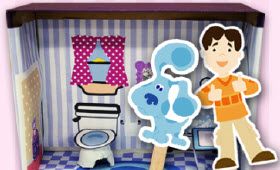 Bill Carr (VP,  Digital Video and Music,  Amazon): Kids’ shows are one of the most watched TV genres on Prime Instant Video.

Prime members will now have unlimited instant streaming access to kids programming such as Bubble Guppies, The Backyardigans, Team Umizoomi, Blue’s Clues and Victorious, along with shows from MTV and Comdey Central like Awkward, Tosh.0 and Workaholics.