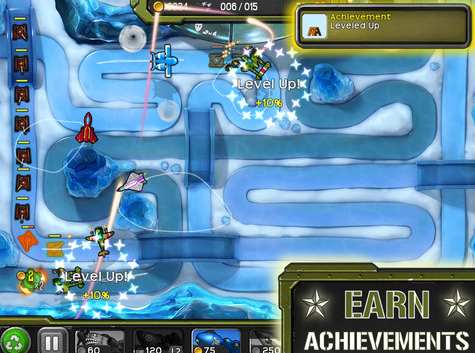 Amazon Game Studios has released Air Patriots, its first-ever game for mobile devices. The game is available now for Kindle Fire, Android devices, iPhone, iPad, and is free to all customers. Amazon Game Studios is a team at Amazon focused on creating games. The team debuted in August 2012 with Living Classics, a moving object game on the Facebook platform.

Air Patriots is a tower defense game with gameplay requiring strategic positioning of an arsenal of planes to push back an enemy tank invasion.

Air Patriots uses Amazon GameCircle on Kindle Fire to track both achievements and high scores, allowing players to compete for strategic superiority. Air Patriots also supports Whispersync for game, and players can switch back and forth between multiple Kindle devices as they continue their quest to eliminate the enemy.

The game is available as a free download on Amazon Appstore for Android, Google Play, and Apple’s App Store.