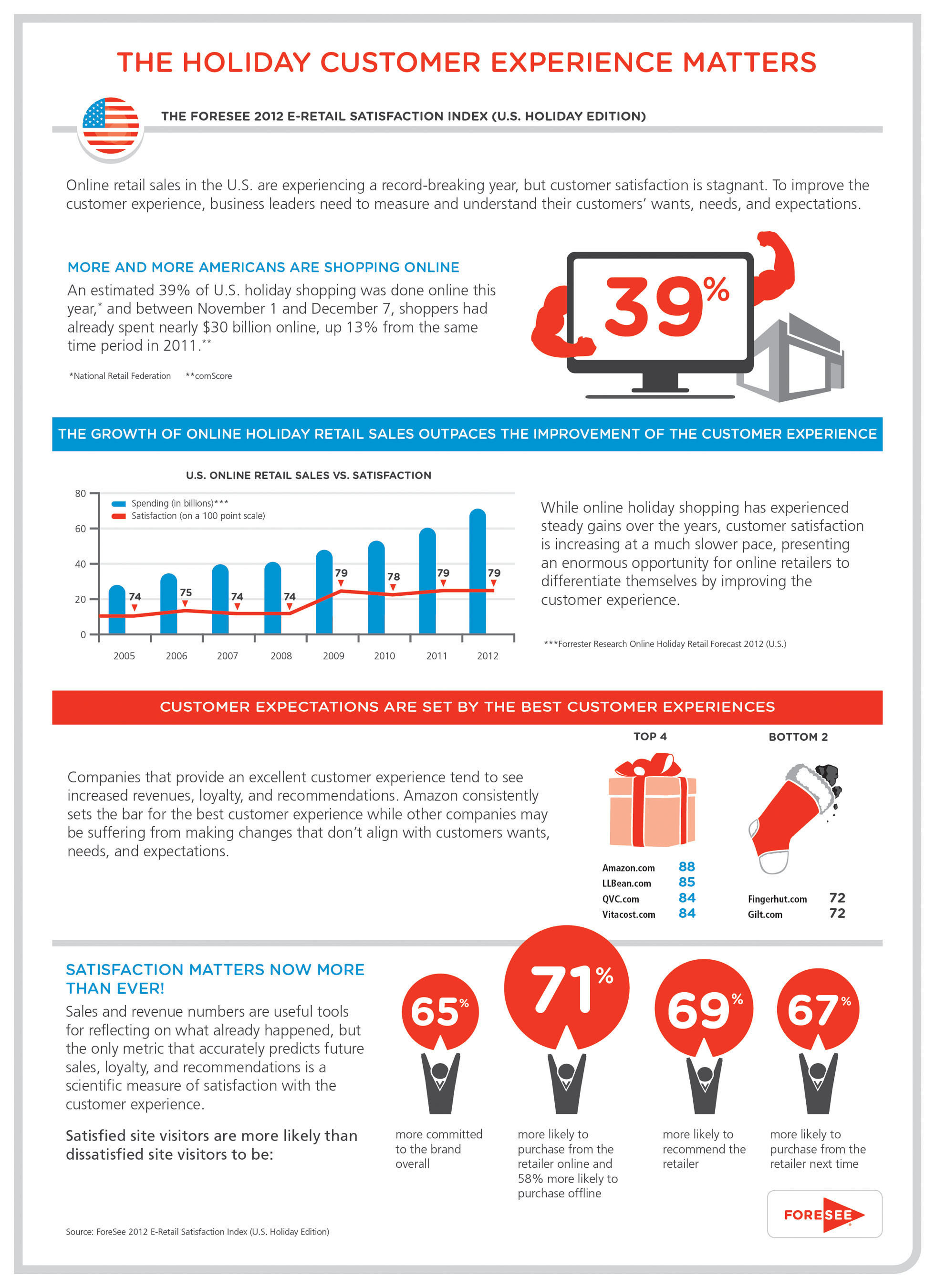 Amazon continues to be king of user satisfaction, according to data from customer experience analytics firm ForeSee. The Internet retail giant continued to set the standard for customer satisfaction, matching the record high of 88 it set last year in the holiday edition of the Index. Amazon has had the highest scores in the Index for eight years in a row.

Though overall satisfaction with top retailers remains the same, a few big-name retailers suffered declines. Apple’s online retail store slid four percent to 80, slipping from a tie for second place and out of the top five entirely, registering its lowest score in four years.

Dell.com fell four percent to 77 and below the Index average. The biggest year-over-year decline went to JCPenney.com, with a six percent decline.

“This year, we’re seeing that even some of the largest companies in the country are at risk if they lose sight of customer satisfaction,” said Larry Freed, ForeSee president and CEO.

The range of scores among the top 100 retailers spans from Amazon’s high of 88 to a score of 72 shared by Gilt.com and Fingerhut.com.

The annual Holiday E-Retail Satisfaction Index is based on more than 24,000 customer surveys collected during the prime holiday shopping season between Thanksgiving and Christmas.