More
Home Uncategorized $5,000 To Have Lunch With Jack Dorsey 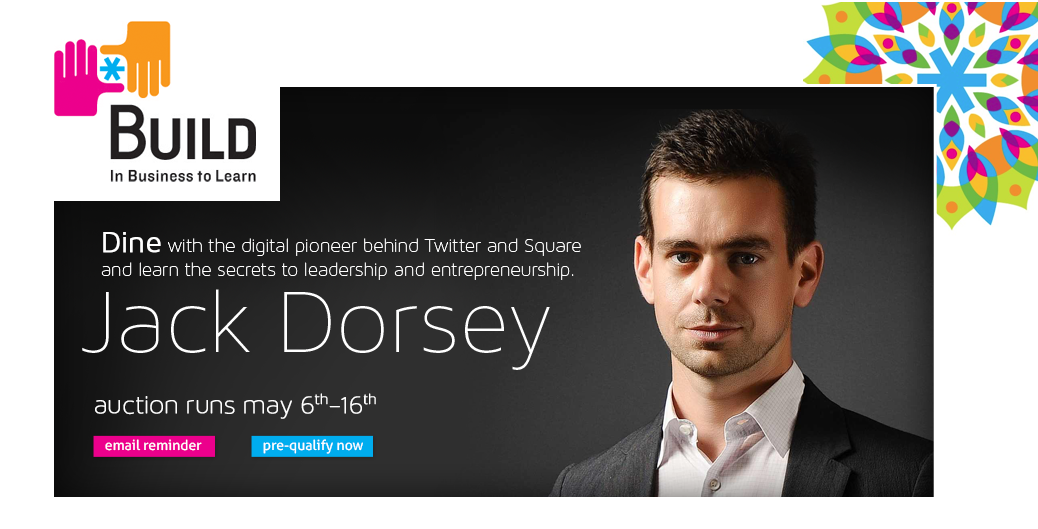 Jack Dorsey, co-founder of Twitter, and co-founder and CEO of Square, will have lunch with a winning bidder, in an auction handled by eBay, in support of Build. Bidding starts at $5000.

Founded in 1999, Build’s mission is to prevent low-income students from dropping out of school.  Mr. Dorsey sits on the board of directors for Build, and has been an active supporter of Build since 2010.

Every day, 7,200 students drop out of high school. Nearly 80 per cent of dropouts do so because they were not motivated or inspired to learn, says Build.