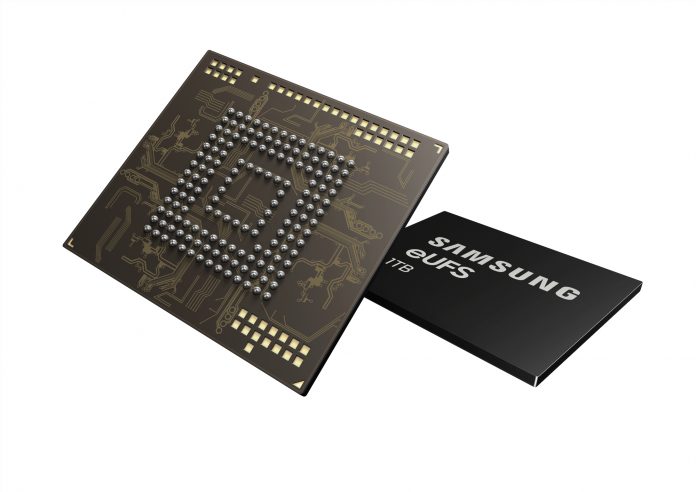 Smartphone users will now be able to store 260 ten-minute videos in 4K UHD (3840×2160) format, whereas the 64GB eUFS widely used in many current high-end smartphones is capable of storing 13 videos of the same size. 5GB-sized full HD videos can be offloaded to an NVMe SSD in as fast as five seconds, which is ten times the speed of a typical microSD card, says Samsung.

In a statement, Samsung said the company plans to expand the production of its fifth-generation 512Gb V-NAND at its Pyeongtaek plant in Korea throughout the first half of 2019 to launch the 1TB eUFS.