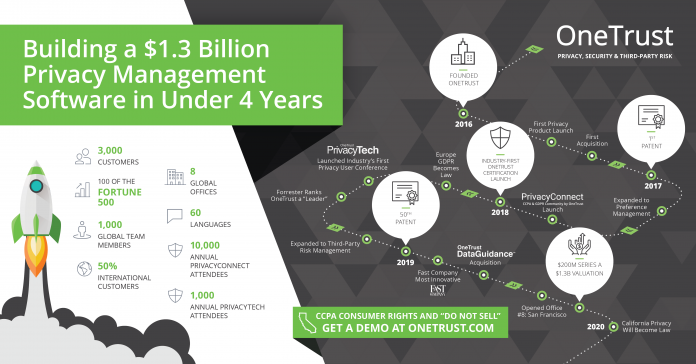 GDPR and privacy management technology platform company OneTrust has closed a $200 million Series A investment, led by Insight Partners. The enterprise software company founded in 2016 is now valued $1.3 billion, according to a statement released by the company.

In three years, OneTrust has more than 3,000 customers in over 100 countries with a team of 1,000 employees across 8 worldwide locations, says the company.

OneTrust is co-headquartered in Atlanta and in London, and has additional offices in Bangalore, San Francisco, Melbourne, New York, Munich and Hong Kong.