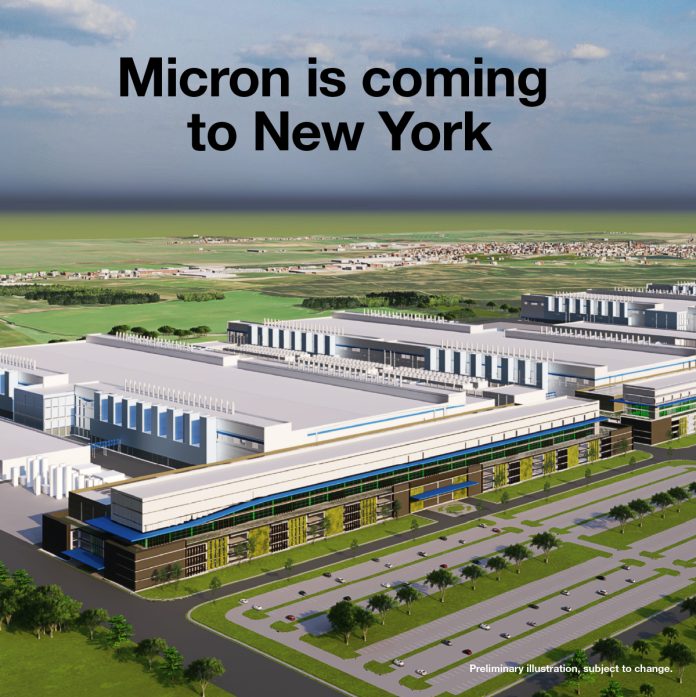 Micron has announced plans to invest up to $100 billion over the next 20-plus years to construct a new fabrication facility in Clay, New York. The first phase investment of $20 billion is planned by the end of this decade, the company said in a statement.

The facility could eventually include four 600,000 square foot cleanrooms, for a total of 2.4 million square feet of cleanroom space, says Micron. It is expected to create roughly 50,000 New York jobs, including approximately 9,000 Micron jobs.

Site preparation work will start in 2023, construction will begin in 2024 and production output will ramp in the latter half of the decade, says Micron.

Additionally, Micron says it will invest $250 million over the next 20-plus years as part of the company’s commitment to the Green CHIPS Community Investment Fund. An additional $250 million is expected to be invested, with $100 million from New York and $150 million from local, other state and national partners.