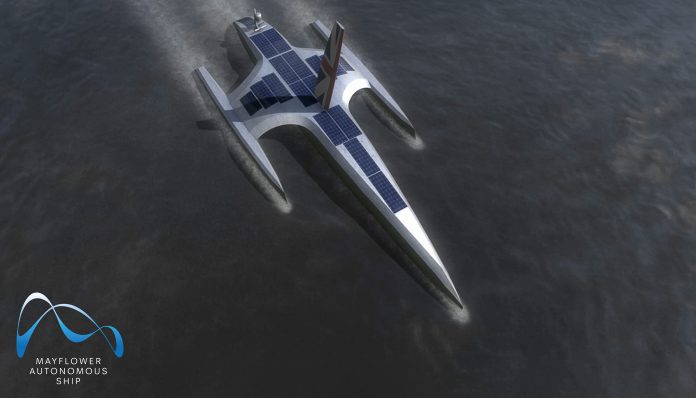 IBM has joined a global consortium of partners, led by marine research organization ProMare, that are building an unmanned, fully-autonomous ship that will cross the Atlantic on the fourth centenary of the original Mayflower voyage in September 2020.

The Mayflower Autonomous Ship (MAS) will use IBM’s AI, servers, cloud and edge computing technologies to navigate autonomously and avoid ocean hazards as it makes its way from Plymouth, England to Plymouth, Massachusetts. If successful, it will be one of the first self-navigating, full-sized vessels to cross the Atlantic Ocean, said IBM in a statement.

The vessel will carry three research pods containing an array of sensors and scientific instrumentation that scientists will use to advance understanding in a number of vital areas such as maritime cybersecurity, marine mammal monitoring, sea level mapping and ocean plastics. The work will be coordinated by the University of Plymouth, UK, with support from IBM and ProMare.

Also coming on board is the UK’s University of Birmingham which will be responsible for the use of virtual, augmented and mixed reality technologies in the MAS mission. Birmingham’s Human Interface Technologies (HIT) Team is leading the development of a Mixed Reality Telepresence Science Station which will allow school children and members of the public around the world to experience the transatlantic mission.

The hull of the Mayflower Autonomous Ship is currently being constructed and outfitted in Gdansk, Poland by Aluship Technology, before being transported to Plymouth, UK later this year, says IBM.