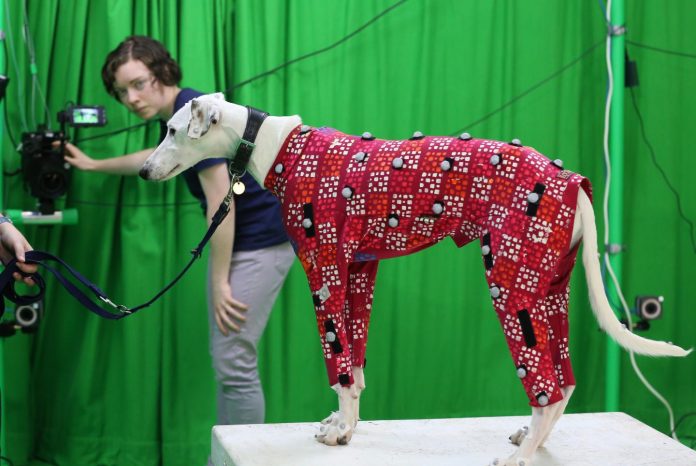 Researchers from the University of Bath have developed motion capture technology that enables you to digitize your dog without a motion capture suit and using only one camera, the university said in a statement.

The software could be used for a wide range of purposes, from helping vets diagnose lameness and monitoring recovery of their canine patients, to entertainment applications such as making it easier to put digital representations of dogs into movies and video games.

Computer scientists from CAMERA, the University of Bath’s motion capture research center, digitized the movement of 14 different breeds of dog, from among the canine residents of the local Bath Cats’ and Dogs’ Home (BCDH).

The digitized data was used to create a computer model that can accurately predict and replicate the poses of dogs when they’re filmed without wearing the motion capture suits, according to the university.

The model allows 3D digital information for new dogs – their shape and movement – to be captured with a single RGBD camera. (Whereas normal digital cameras record the red, green and blue (RGB) colour in each pixel in the image, RGBD cameras also record the distance from the camera for each pixel.)

Professor Darren Cosker, Director of CAMERA, said: “Our research is a step towards building accurate 3D models of animal motion along with technologies that allow us to very easily measure their movement. This has many exciting applications across a range of areas – from veterinary science to video games.”

Motion capture technology is widely used in the entertainment industry, where actors wear a suit dotted with white markers which are then precisely tracked in 3D space by multiple cameras taking images from different angles. Movement data can then be transferred onto a digital character for use in films or computer games.