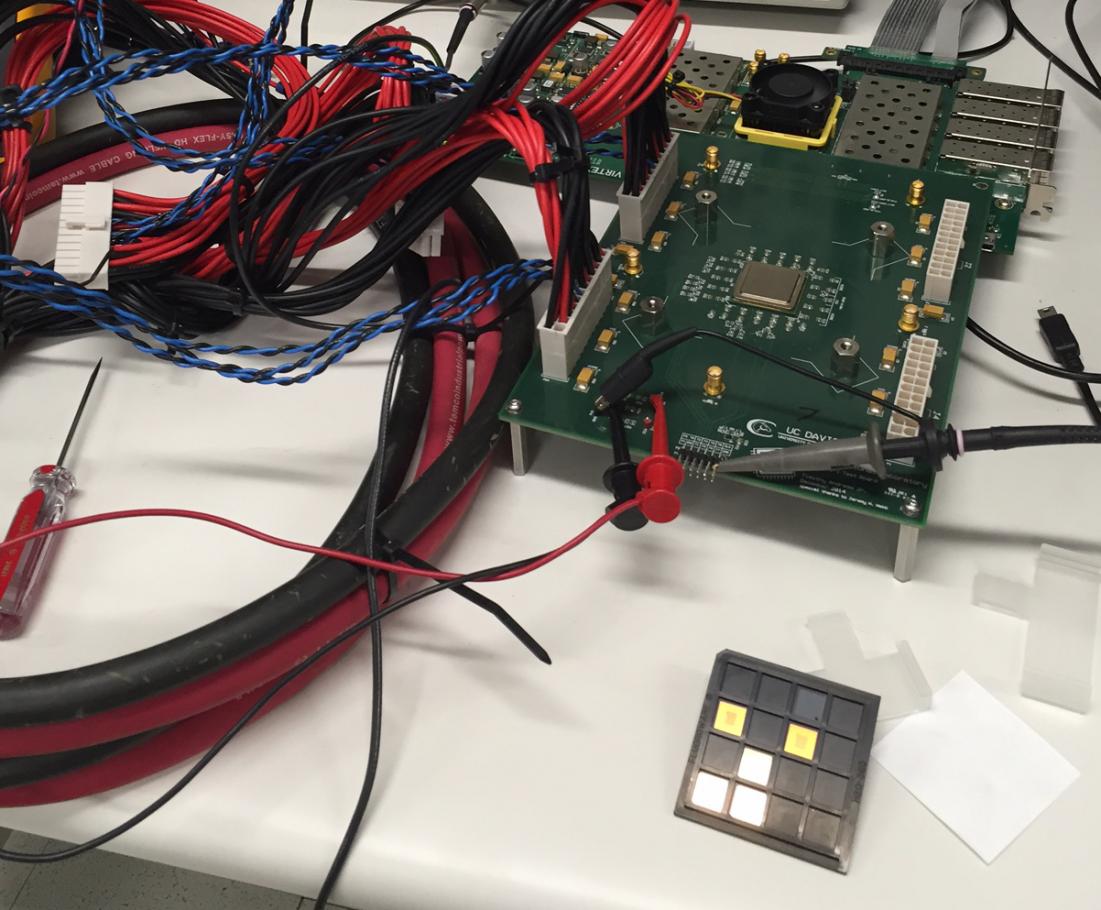 A microchip containing 1,000 independent programmable processors has been designed by a team at the University of California, Davis, Department of Electrical and Computer Engineering. The energy-efficient “KiloCore” chip has a maximum computation rate of 1.78 trillion instructions per second and contains 621 million transistors, according to the researchers. The KiloCore chip was fabricated by IBM using their 32 nm CMOS technology.

“To the best of our knowledge, it is the world’s first 1,000-processor chip and it is the highest clock-rate processor ever designed in a university,” said Bevan Baas, professor of electrical and computer engineering, who led the team that designed the chip architecture.

Each processor core can run its own small program independently of the others, and the idea is to break an application up into many small pieces, each of which can run in parallel on different processors, enabling high throughput with lower energy use, according to Mr. Baas.

Because each processor is independently clocked, it can shut itself down to save energy when not needed, said graduate student Brent Bohnenstiehl, who developed the principal architecture. Cores operate at an average maximum clock frequency of 1.78 GHz, and they transfer data directly to each other.

The team says it has completed a compiler and automatic program mapping tools, for use in programming the chip.