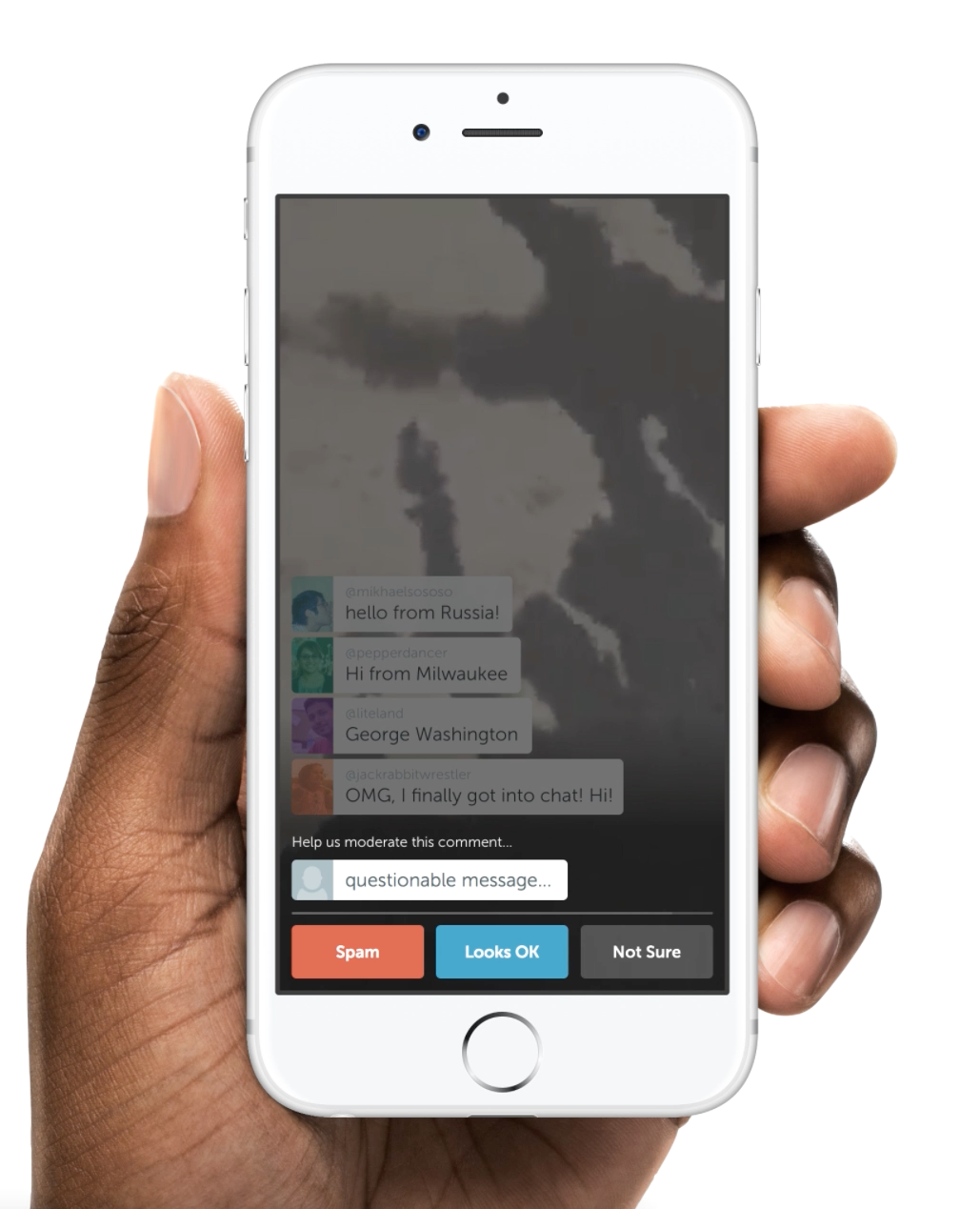 Periscope, the Twitter-owned live video app that lets users share and experience live video, are reaching out to the community to moderate comments during a live broadcast with a new reporting tool.

The reporting tool gives people watching the broadcast the ability to report comments they find inappropriate as they appear on the screen. A small group of randomly selected live viewers then votes on whether they agree with the reporter’s assessment. Users found to be sending spammy or abusive comments are temporarily disabled from commenting within the broadcast.

“One of the unique things about Periscope is that you’re often interacting with people you don’t know; that immediate intimacy is what makes it such a captivating experience. But that intimacy can also be a vulnerability if strangers post abusive comments,” said Kayvon Beykpour, Periscope CEO and co-founder.

The new report tool is accessible by tapping on a comment within a broadcast. People whose comments have been flagged are temporarily disabled from commenting within the broadcast.

The update is starting to roll out this week on iOS and Android devices.