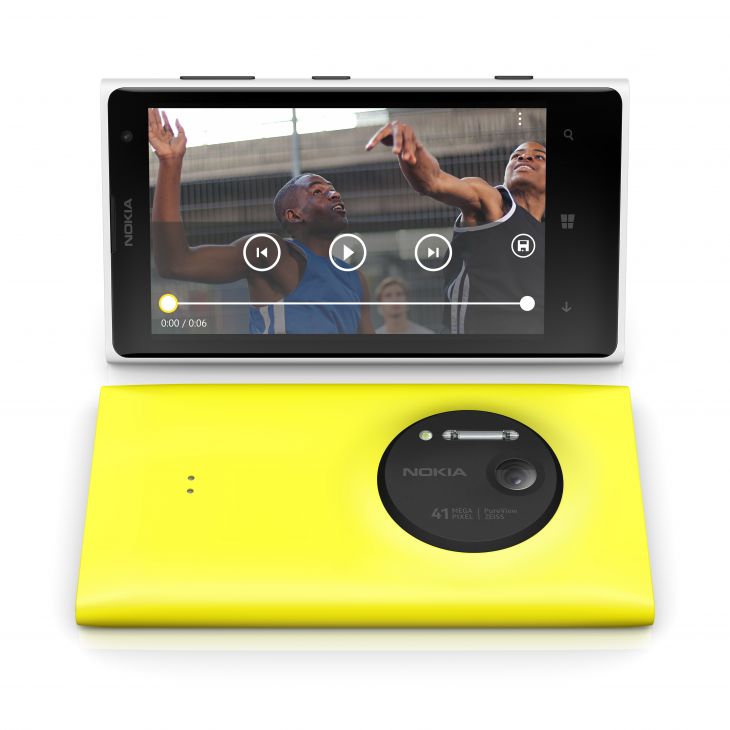 The Nokia Lumia 1020 simultaneously takes a high-resolution 38 megapixel image, and creates a 5 megapixel version of the same picture, that can be shared via social networks.

Nokia has also launched a camera grip, an accessory that complements device features usually reserved for stand-alone cameras, like the Nokia Lumia 1020’s built-in xenon flash and mechanical shutter. The Nokia Camera Grip also has a tripod mount, and is expected to be available this month for $79.

Stephen Elop (President and CEO, Nokia): We want to take people on a journey from capturing pictures to recording and sharing their lives.

The Nokia Lumia 1020 will be available with AT&T, from the end of this month, for $299.99 on a two-year contract. The Nokia Lumia 1020 is expected to arrive in China and key European markets this quarter. Nokia plans to ship a variant of the device with Telefonica to select European and Latin American markets.

The Nokia Lumia 1020 will be available in yellow, white and black.