Newspaper DISCOVER THE ART OF PUBLISHING
Home Just in Maharashtra, India to get hyperloop between Mumbai and Pune 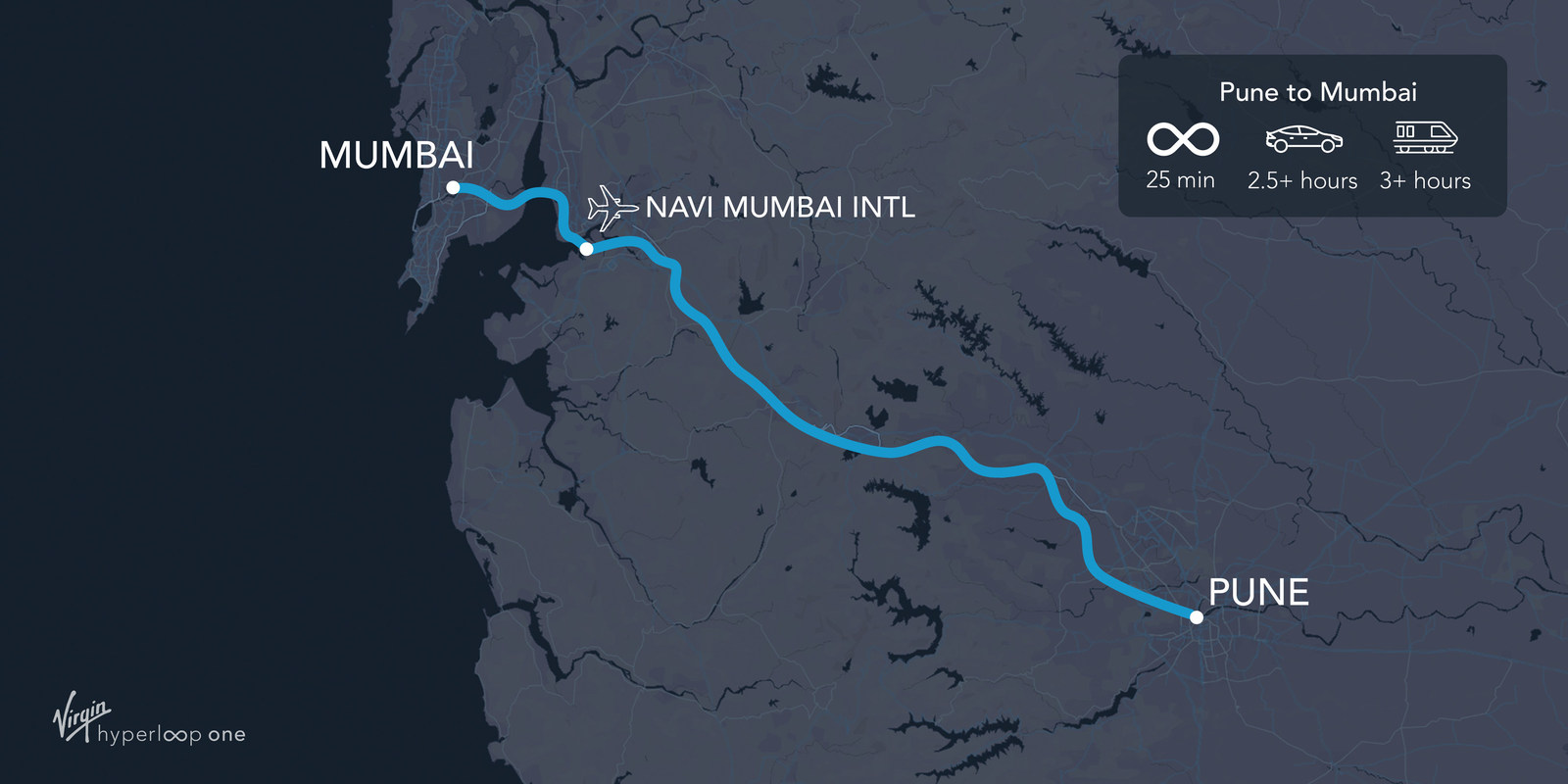 The Indian State of Maharashtra is working on building a hyperloop between the cities of Pune and Mumbai beginning with an operational demonstration track. Virgin Group Founder and Virgin Hyperloop One chairman Richard Branson announced the Framework Agreement in the presence of the Indian Prime Minister Narendra Modi to begin the development of the route this week.

The hyperloop route is expected to link central Pune, Navi Mumbai International Airport, and Mumbai in 25-minutes. The passenger and cargo hyperloop route will eventually support 150 million passenger trips annually, saving more than 90 million hours of travel time, says Virgin Hyperloop One. The hyperloop system is also expected to have the potential for the rapid movement of palletized freight and light cargo between the Port of Mumbai and Pune.

The Pune-Mumbai route could result in $55 billion in socio-economic benefits (time savings, emissions and accident reduction, operational cost savings, etc.) over 30 years of operation, according to an initial pre-feasibility study completed by Virgin Hyperloop One.

The Pune-Mumbai hyperloop project will begin with a six-month feasibility study, which will analyze and define the route alignment including environmental impact, the economic and commercial aspects of the route, the regulatory framework, and cost and funding model recommendations. The feasibility study will build upon the findings of the pre-feasibility study signed in November 2017 between the Pune Metropolitan Regional Development Authority and Virgin Hyperloop One.

The project is expected to enter a procurement stage upon the completion of the feasibility study to determine the public-private partnership structure. Construction of the Pune-Mumbai hyperloop route is expected to commence after procurement, and will be completed in two phases, beginning with an operational demonstration track built between two points on the route.

The demonstration track is expected to be constructed in two to three years from the signing of the agreement and serve as a platform for testing, certifying, and regulating the system for commercial operations. The second phase will target to complete construction of the full Pune-Mumbai route in five to seven years.

“We have always believed that India would be a tremendous market for hyperloop. The Pune-Mumbai route is one of the strongest economic cases we have seen to-date,” said Virgin Hyperloop One CEO Rob Lloyd.