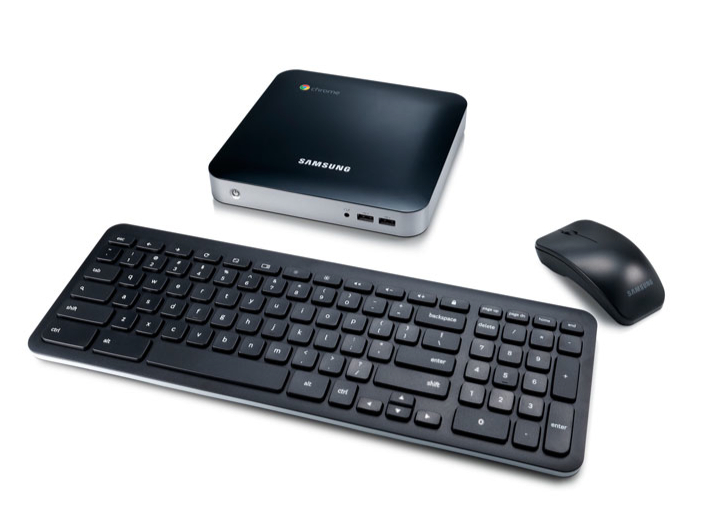 Google and Samsung Electronics are trying their hands again at cloud-based computers. This time around, there is a desktop to reckon with as well. The companies are launching two new products featuring the Google Chrome OS operating system: the Samsung Series 5 Chromebook laptop and the Samsung Series 3 Chromebox desktop.

Caesar Sengupta (Director, Product Management,Google): This is the next step in our journey toward an always-new computing experience focused on speed, simplicity and security.

The next-generation hardware from Samsung, based on Intel processors and hardware-accelerated software, delivers nearly three times the performance of the first-generation Chromebooks, says Mr. Sengupta. It also has a new, app-centric user interface, and thousands of available Web apps.

The Samsung Series 5 Chromebook boots up in seven seconds. The device has an Intel Celeron 867 Dual Core (1.3 GHz) processor, and sports a 16GB SSD and 4GB of RAM. There is also an optional built-in 3G wireless feature from Verizon Wireless. With the 3G option, Verizon will provide up to 100 MBs per month of mobile broadband service included with the device for two years. Weighing just over three pounds and measuring less than an inch thick, the Series 5 Chromebook has a 12.1-inch, SuperBright LCD screen.

The Samsung Series 3 Chromebox offers the Chrome operating system in a desktop form factor. At 7.6 x 7.6 x 1.3-inches, this computer is small enough to put on a desk, in a bookshelf or next to the couch – and is also easy to transport between the home and office if needed. The Chromebox also features a 16GB SSD and 4GB of RAM, as well as an Intel Celeron B840 Dual Core (1.9 GHz) processor, with a built-in 2×2 WLAN Wi-Fi. Users can connect their Series 3 Chromebox to monitors up to 30-inches in size, a Bluetooth keyboard and mouse, or even an HDTV using the Display Port output. Users can also connect up to six USB devices to upload photos or save files.