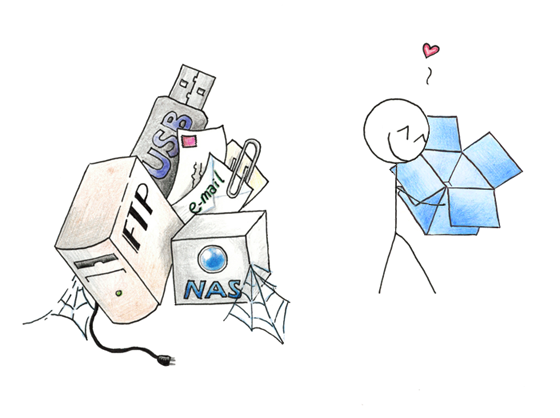 Dropbox has launched two APIs that can let users sync and view data within apps. API, which stands for Application Programming Interface, lets various software interact with one another. The Sync API and the Datastore API (which now form part of the Dropbox API) is accompanied by drop-ins, new cross-platform UI components that can be integrated with Dropbox.

The Sync API let developers take advantage of file syncing technology. The Datastore API lets users with an app built with datastores sync their data across all devices whether online or offline.

Drop-ins let developers connect to hundreds of millions of Dropboxes with just a few lines of code, says the company. The Chooser gives people access to the files in their Dropbox from Web and mobile apps, and the Saver simplifies saving files to Dropbox.